Global drug trafficking generates at least $426 billion to $652 billion per year, making it one of the most lucrative illicit markets in the world. So of course, those profits tempt the Islamic Revolutionary Guard Corps (IRGC) thugs to use the drug trade to fund the terror activities that got them recently designated as a Foreign Terrorist Organization by the United States.

Demand for drugs has become global. The market for cocaine in Asia and Africa has increased, as their economies have grown. The civil wars in the Middle East now provide an extraordinary opportunity for drug dealers, who find smuggling drugs to be easy through shattered controls at the borders.

Drug trafficking is a serious challenge for the world, and directly involves the IRGC, as even a former IRGC chief affirmed. Iranian officials have been silent on such testimony, neither confirming nor denying it. While quite boldly last year, the regime-proclaimed “moderate” President Rouhani implicitly threatened that if sanctions were to intensify, they would use terrorism and drugs.

International drug dealers collaborate with the IRGC. The IRGC passes narcotics (often opium) from Afghanistan through Iran and out to the rest of the world. On a wider scale, it ships heroin and cocaine to and from South America and East Asian countries.

The history of the IRGC’s drug trafficking dates back to the Iran-Iraq war of 1980 to 1989. Soon after taking power, the corrupt Islamic regime in Tehran had begun to move foreign currency in pursuit of profits through illicit trade deals. These included the narcotics business. During the early 1980s, it quickly ramped up the drug trade, as its need to finance the war became urgent.

The IRGC gets billions of dollars by drug trafficking. It now holds the monopoly of narcotics trafficking in Iran. The Revolutionary Guard and its foreign branch Quds Force are involved in collusion with major drug cartels in South America and East Asia. Drug trafficking has become a normal operation among Guard Corps commanders, and many of them are directly involved in the illicit trade. That involvement was exposed as far back as 2012, with the United States Treasury Department press release, “Treasury Designates Iranian Quds Force General Overseeing Afghan Heroin Trafficking Through Iran.”

The IRGC produces heroin and morphine in Iran from imported Afghan opium, much of it from Taliban-controlled areas, and smuggles it around the world by both air and sea routes. The terrorist organization uses its unlimited logistics powers within its shipping companies and airlines to transport illegal goods, including drugs. The IRGC also uses buses and trucks to export drugs through neighboring countries, under the guise of sending supplies for ritual ceremonies abroad.

The IRGC operates drug flow pipelines through its wide control of transit routes, ports, air-sea borders, as well as illegal networks, and fictitious companies set up for doing business to Europe, Asia, and Southeast Asia.

Its proxies, like Hezb’allah, also engage in the trade, taking the business as far as South America. Hezb’allah sends cocaine from South America to the EU, which brings significant profits in that hard-foreign currency back to the Islamic regime’s war chest.

It also uses Iran’s “diplomatic immunity” to transport narcotics around the world.

Reports are that the IRGC even hauls drugs around in vehicles with diplomatic immunity. Or, they rely on bribes to security agents at the customs ports. Shipments are sent in bulk to Albania, Romania, and Bulgaria via airways, and then broken down into smaller packages in trucks, for transfer and distribution to the west.

The terrorist organization also produces opium by cultivating poppy plants in Iran. The Islamic regime’s ICT minister, Mohammad-Javad Azari Jahromi recently announced that “a 70-hectare farm was found in Iran, where Poppy is cultivated.” So in the same way that neighboring Afghanistan has become infamous as a source for the drug, the IRGC has transformed Iran from a transit country into a producer country.

The IRGC also feeds massive levels of drug addiction inside Iran. By import, production, and distribution, drugs in Iran are weaponized against society by the IRGC. The addictions reduce motivation for protest among the huge youth segment especially and the constant flow of money is a steady income source for its regional militaristic goals.

So while the repressive regime is losing foreign currency inflows after the Trump administration’s tightening of oil-waivers, the mullahs increasingly must rely on drug trafficking to fund their weapons and terror programs.

The regime poisons the world and uses the profits to kill global villagers, including its own citizens. As an international criminal network, the IRGC also involves itself in human trafficking, smuggling weapons, fuel, and other illicit goods to gain money for Tehran, to continue its malicious ambitions.

Publicly, the regime postures against the drug trade. It releases news of drugs seizures and lies to the UN Office on Drugs and Crime and the EU that it is preventing transmission of drugs to the West. But local sources confirm that the officials return confiscated drugs back into the consumption cycle for both the internal market and abroad.

In service to the Islamic agenda of domination, they recognize no limits on what they might do, no matter how awful the results become for either the Iranian people or for humanity as a whole. For the IRGC, the drug trade is just another weapon of choice which they take as legitimate, as it helps to advance the cause of Islam. And in that end, it is destabilizing the region and the rest of the globe. 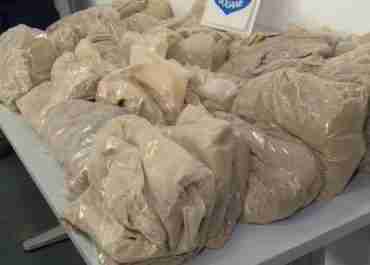 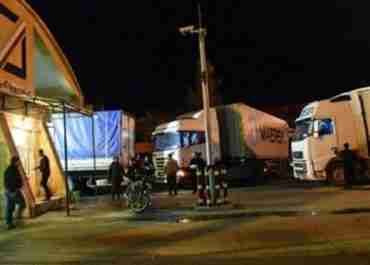