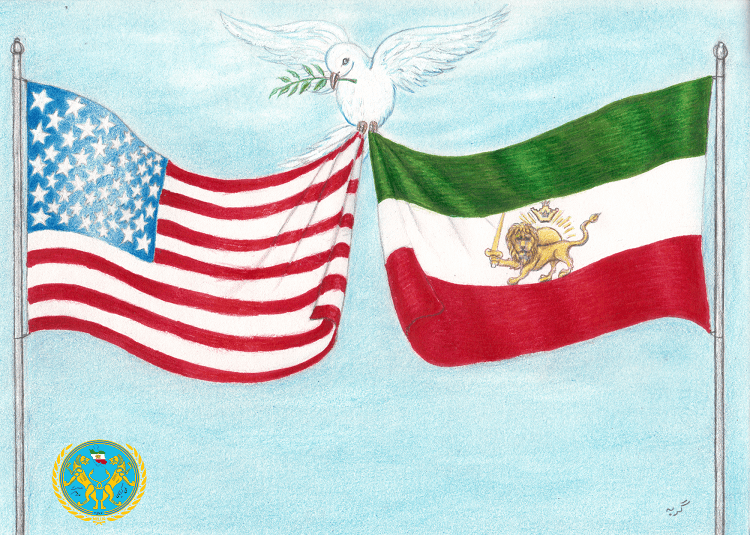 On January 20, 2017, the 45th President of the United States took oath as the vice president Mike Pence did step forward on the inaugural platform and repeated the oath of office. Since then, the U.S., however, has an unconventional president the Americans have ever seen — especially for his language — but Donald Trump is accustomed to doing unusual acts that no official dares to do.

President Donald Trump started his ‘First 100 Days Presidency’ to put the 2016 campaign promises into action as he vowed to give ‘Americans everything.’

The undeniable reality is that the overlooked list of achievements has surpassed those of former President Ronald Reagan at this time.

Today, the Islamic Republic of Iran’s economy has crushed, the Iranian currency Rial hits the lowest rate against the dollar ever, and the repressive-terrorist regime — which killed more than 1,500 peaceful protesters during less than two weeks — is obviously unable and unwilling to improve the situation as far as it has been busy with founding and funding terrorism.

President Trump can regain Iranian freedom and security that Hussein Obama lost. It could be accomplished through tightening-extending sanctions and increasing excessive pressure — both economically and politically — upon the Shiite Islamic Republic in occupied Iran. Then the Iranians can easily overthrow the IRI — which would ensure security for the Middle East and the entire world.

As the former Trump’s Special Representative for Iran, Brian Hook told the National, sanctions have been hurting Iran’s $700 million support for the terrorist group Hezbollah, but this is not enough unless the entire world mobilizes against the bloodthirsty regime.

This move has already been implemented and received an acceptable response as efforts to isolate apartheid South Africa were initiated on various fronts by the international community and finally ended the apartheid state. Low cost but with precious achievements.

For better or worse, the Iranians’ national interests are tied to the actions of Republicans in the United States, not the ‘Do-Nothing-Democrats’ — whose 77-year-old Joe Biden vowed rejoining the ‘worst deal ever.’

The ‘Iran deal’ provided up to $150 billion for the clerical regime in Iran. IRI (Islamic Republic in Iran) received windfall cash into its bank accounts to bolster terrorism through training, weaponizing, and funding terrorist proxies throughout the Middle East to kill NATO and American troops.

“The U.S. intelligence agencies discerned that IRI offered bounties to its proxy Taliban for targeting American and coalition troops in Afghanistan, identifying payments linked to at least six attacks carried out by the militant group just last year alone, including a suicide bombing at a U.S. airbase in December,” CNN reported on August 17, 2020. The Shiite kleptocrats have been paying the Taliban to target Americans, and allied troops in exchange for bounties as well as Russia has done. Another reason indicates that President Trump is right to kill the Terrorist Qassem Soleimani.

The award-winning Iranian- Canadian human rights activist, Shabnam Assadollahi wrote on her TOI blog: ‘The illegitimate kleptocratic Iran regime must go.’ Assadollahi noted: “We live in a world steeped in tyranny and terror, where hundreds of thousands are butchered in Syria, Libya, and Iraq, hundreds of young girls are abducted in Nigeria and gays are hanged from cranes in Iran. Militant Islam has been rapidly spreading in every part of the world with an ambition to dominate the world, and it is on the march to hurt ethnic and religious minority groups—including the moderate Muslims—everywhere it can. Time to declare the Apartheid Kleptocratic Islamic Regime in Iran, illegitimate. Reinvigorating a greater North America is vital to any anti-access strategy against the Islamic regime of and Hezbollah’s advancement in the Western Hemisphere. To protect the peace and security of the world, the cancer— of the Islamic Republic of Iran—must be removed, before it’s too late!”

At the nick of time, the national interests of Americans (MAGA) and Iranians (MIGA) are intertwined. The American voters will decide as Joe Biden will do nothing more than what the former democrat President did as Obama has privately voiced doubts about the ability of Joe Biden.

Wiping the cancerous terrorist-sponsored regime off the map was widely demanded by the Iranian protesters during nationwide demonstrations three years ago and continues until now. The world will be a better and peaceful place if the warmonger, Shiite Islamic terrorist regime in occupied Iran is completely annihilated with all its layers.