Mustafa Moin, who has been the Minister of Science and Member of Parliament for two terms and is currently the Chairman of the Supreme Council of the Medical System, has published pictures of Dr. Ardeshir Hosseinpour, Professor of Atomic Physics at Shiraz University and head of Malik Ashtar Research Laboratory and claimed that 14 years ago he was assassinated by Mossad agents who poisoned him by Radioactive gas. He added that the Ahmadinejad administration had decided to make the assassination a normal incident so that the intelligence services would not be questioned.

After the death of Dr. Hosseinpour, Mohammad Hadi Sadeghi, the head of the Marvdasht[1] Basij[2], who had become the president of Shiraz University, announced in a university publication that he had died of flu and chest pain. The former head of the Faculty of Law and Political Science and head of the Department of Criminal Law and Criminology, he later called the death of the nuclear physicist a ” gas clogging ” and added that he suffocated after 4 to 5 hours of inhaling carbon monoxide. Sadeghi stated that he [Dr. Ardeshir Hosseinpour] was living under high-security measures and that it was not possible to enter the [residential] building without the guards noticing.

Carbon monoxide gas deprives the body of oxygen and darkens the color of the tongue, lips, and skin. None of these signs were seen in Dr. Hosseinpour’s body.

[Dr.] Moin is a physician and admits that in the Islamic system, the forensic department does not perform its professional duties and serves the security organizations.

[Dr.] Moin is familiar with the effects of radioactive gas on the victim’s body. He knows that death from inhaling radioactive gas does not happen quickly unless the dose is very high.

Blood cells begin to die if the body receives between 1 and 4 grays of radioactive. In this situation, there is hope for improvement. A weakened immune system may be seen due to a decrease in the number of white blood cells.  Uncontrolled bleeding due to platelet deficiency and anemia due to red blood cell death are other complications.

In cases where the dose is 2 grays or more, a strange burn will occur in the person. Red spots, scaling, and sometimes blisters appear on the body within 24 hours.

When the dose reaches 4 to 8 grays, radiation can be lethal, but the duration of death can also depend on the level of radiation received. Patients who receive this level [of radiation] develop symptoms such as nausea, diarrhea, dizziness, and fever, and die within a few weeks if left untreated.

In cases where the dose is between 8 and 30 grays, diarrhea and severe nausea occur in just one hour, and eventually between two days to a week the person dies.

Doses higher than 30 grays cause nerve damage in people and lead to death within minutes with features such as severe nausea and diarrhea, dizziness, and headache, and even anesthesia. In these cases, seizures and tremors are added to the effects and sometimes people lose muscle control. Death occurs in less than 48 hours.

One of the radioactive materials used in nuclear assassinations in recent years is polonium 210. Eating or inhaling it directly can be very deadly. The two people allegedly killed during the years are Yasser Arafat [late leader of the PLO] and Alexander Litvinenko, a Russian intelligence officer.

[Yasser] Arafat died in November 2004 after a long illness. The discovery of traces of plutonium 210 on Arafat’s clothing raised the suspicion of his biological assassination.

Litvinenko died in December 2006 in a London hospital 22 days after being infected with polonium-210.

In March 2017, Sergei Skripal, a retired Russian intelligence colonel, was taken to hospital with his daughter while lying unconscious on a bench in Salisbury, UK. He was assassinated by a nerve agent called Novichok. Twenty-one people were injured, including several police officers who were present during SKripal’s transfer to a hospital or his home inspection. Skripal and his daughter survived the assassination.

According to Mustafa Moin, the radioactive gas used in Dr. Hosseinpour’s murder was so strong that killed him immediately, but his wife (who gave him artificial respiration), Hosseinpour’s mother and family, and none of the security and emergency services who had direct contact with the body were not poisoned. This is another wonder in the Islamic Republic.  The apartment, which must have been contaminated, was immediately given to another faculty member.

Contradictions in the death of Hosseinpour

[Dr.] Moin knows that Dr. Mohammad Reza Saadat, the first nuclear physicist, was assassinated in August 1994 in Shiraz. He was the consultant professor (Advisor) of Ardeshir Hosseinpour’s master’s thesis. Security officials blamed the MEK and “currency and gold smugglers” for the operation, but as expected, the killers were not arrested, as were similar examples and the perpetrators of the “acid attack”, and the case remained silent.

Dr. Saadat was born in 1946 in cultural and literary families in Shiraz. He received his Ph.D. in physics from Pennsylvania State University in 1976 and taught physics at Shiraz University.

On January 16th, 2007 Sarah Iraqi, the wife of Dr. Hosseinpour, encounters her body next to the heater at 8:15 in the morning. The night before, Dr. Hosseinpour, who had returned from a trip to Isfahan, was at his father-in-law’s house, and received a phone call before midnight and was told that they want to see him on behalf of the university. This type of contact had a history. Dr. Hosseinpour goes to his home and the security guard confirmed that he saw him walking until 3 o’clock in the morning. According to emergency services, he died between 4 and 6 in the morning.

The dirty, unsanitary blanket that the doctor [Hosseinpour] had previously placed in the closet for washing was on him, and contrary to his habit, he had a flawless gas heater on the last step. Why did Mossad agents have to stage after the success? There was nothing in the body to indicate that the death was due to radioactive contamination or carbon monoxide. Only two drops of blood had come out of his nose.

In the case of ordinary people, such cases lead to investigations into suspicious deaths.

Why does the interrogator not order an autopsy according to the usual procedure? Shouldn’t the cause of death of the nuclear scientist have been determined for the information of government officials and not for external dissemination? The body was kept in the morgue of Shiraz Namazi Hospital until the day of burial on the 21st of January without any investigation.

On what basis can death from radioactive gas be detected? Isn’t it through autopsies and research on the body? Does Dr. Moin write prescriptions in his office without seeing the results of the patient’s blood and urine tests and without examining him and based on knowledge (through the inspiration of God Almighty), discovery, and inspiration?

During this period, contrary to certain claims of [Dr.] Moin, the security apparatus, tried to bury Ardeshir Hosseinpour as a martyr and scientist who was killed by Israel in one of the three places of the Martyrs’ Unit, Shah-cheragh Imamzadeh, and Shiraz University Mosque. The subject of Dr. Hosseinpour’s “martyrdom”  and his assassination by Mossad was strongly rejected by his mother, who refused to bury his son in any of the proposed cemeteries and was eventually buried in the “Namaavaraan-e Bagh-e Rezvan” section of Isfahan.

Dr. Hosseinpour’s mother is summoned to the university several times, and each time security officials talk to their supervisors on the phone and ask them to do their homework after their offers are not accepted. They ask her not to inform his daughter, who was in London, about the death of Ardeshir, and to calm the angry students.

Why did the security agents, instead of investigating the perpetrators of this murder, who were allegedly Mossad agents according to Dr, Moin, file a case against Mrs. Hosseinpour’s former suitor and her divorced brother-in-law (her sister’s former husband)? Did they intend to make it a matter of love rivalry or personal enmity, if necessary? Why was no attempt made to determine who had called Dr. Hosseinpour before midnight?

The photo of receiving the award was on the wall of his office until the morning of the murder of Dr. Hosseinpour. After transferring the body to the morgue, his wife hurried to the office and found that the place had been searched and the photo had been removed from the wall. She finds a DVD containing important information that the doctor (her late husband) had embedded in his room and had told to her to be aware of it, but she denies it a year and a half later.

The red lines that Dr. Hosseinpour had crossed

How can it be accepted that in two decades, Mossad has carried out numerous operations, from explosions and arson in the most important and sensitive centers to the assassination of nuclear scientists and the second al-Qaeda operative [in Tehran]? But not a single person be arrested, and intelligence officials should not change. There is no such thing anywhere in the world.

[1] Marvdasht is a small town near Shiraz in Fars province

[2] Basij is a paramilitary force unit of the IRGC

What Is The US Strategem On Islamdom? 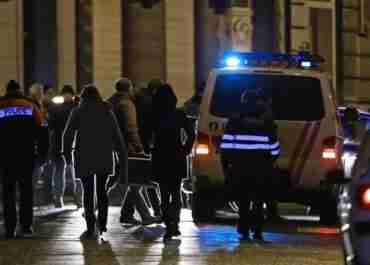 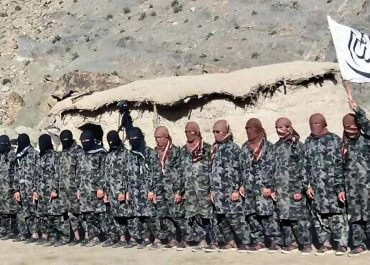