Iran Could Have Material For NuKe By End Of 2020

Jerusalem Post- As Iran counts down the minutes to the end of an arms embargo so that it can begin importing much-needed technology and dual-use equipment for weapons, a senior US official alleged that it is resuming work with North Korea on long-range missiles. Iran also could have enough material for a nuclear weapon by the end of the year. The report was part of a larger Reuters report about new US sanctions against up to two dozen people and entities that will be slapped onto Iran. The US has urged the UN to snapback sanctions on Iran after Washington says Iran violated a 2015 deal.

Iran has circled the wagons and brought in the Russians, China, Turkey, the EU and many other countries to oppose the US attempts to put more sanctions on. The US allegation about the long-range missile work is linked to other US claims that Iran has violated agreements linked to ballistic missile development. Iran says it can build whatever it wants. It recently put a military satellite into space.

Iran has a massive indigenous missiles program consisting of advanced solid and liquid fueled rockets, missiles and precision guided missiles. Iran has also transferred this technology to the Houthis in Yemen, militias in Iraq, Syria, Hamas in Gaza and Hezbollah in Lebanon.

Iran’s missile program has advanced in recent years, even under sanctions. Iran claims it makes most of its parts locally. However in the past Iran has benefited from North Korean expertise. Like most countries whose missiles are based on Soviet designs Iran has used know-how that is part of reverse engineering or basing missiles on Chinese, Russian and North Korean designs. It has then gone on to try to improve the designs, increasing ranges and precision.

Reuters says the US official spoke on condition of anonymity and that this official had said Iran could have a nuclear weapon by the end of the year and had “resumed long-range missile cooperation with nuclear-armed North Korea.” The official did not provide evidence.

Iran’s missiles are potentially linked to its nuclear program because even if Iran can build a nuclear device and test it, the regime faces a problem in how to deliver the bomb. It has no long-range bombers, so Iran would have to potentially put it on a missile. There are many questions about how Iran would do that and how safe it would be. Iran shot down a civilian jetliner this year and has mined ships in the Gulf of Oman.

However, Iran showed high precision when it fired ballistic missiles at US bases in Iraq and against ISIS in Syria and against Kurdish dissidents over the last years. That shows that its Zulfiqar, Fateh, Qiam and Shahab missiles are increasing in lethality. An Iranian surface to surface missile factory at Khojir was damaged in a mysterious June explosion. The Natanz nuclear facility was also damaged in July. Recent airstrikes at Safirah in Syria on September 11 may have also targeted a surface to surface missile facility. In Iraq warehouses of pro-Iranian militias have blown up several times over the last year and a half in mysterious explosions. It was not clear if they housed missiles. 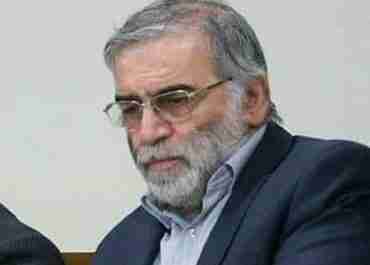 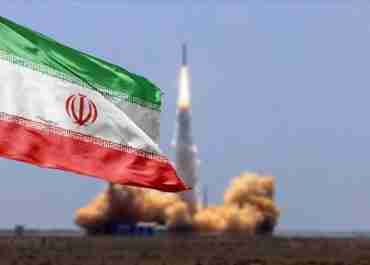