ICBPS– IRGC launched dummy military exercises in the sensitive Persian Gulf and the Strait of Hormuz waters on Tuesday 28, 2020, shot missiles at a mock-up of a U.S. aircraft carrier.

The IRGC, which has been designated as a foreign terrorist organization by Washington, blasted the U.S. mock-up aircraft carrier with missiles on Tuesday.

IRI’s Revolutionary Guards held exercises near the Strait of Hormuz – as a vital shipping lane for a fifth of global oil-gas output, according to state-run media.

IRGC’s navy fired a missile from a helicopter at the U.S. aircraft carrier in the Strait of Hormuz; the U.S. Navy condemned the “irresponsible and reckless behavior by Islamic Republic of Iran (IRI),” as the U.S. Fifth Fleet spokeswoman Rebecca Rebarich emphasized “we are aware of the Guards exercises involving attacking a mock-up of a vessel similar to a motionless aircraft carrier.”

In the dummy exercise, the IRGC drilled anti-ballistic and anti-cruise defense as it previously tested a new generation of [short-long range] naval anti-ship cruise missile in the Gulf of Oman and north of Indian Ocean on June 18, 2020.

The Ballistic missiles fire was detected and led to American troops being put on alert in the U.A.E and Qatar, according to the U.S. military.

The FTO-IRGC has towed into the strategic waterway as part of “War Games” and military exercises that spark the persistent threats of conflict towards the White House and its regional allies.

Last year, IRI’s army held a four-day joint military exercise in the Indian Ocean and the Gulf of Oman [as a focal point of geopolitical tensions in 2019] amid ongoing friction in the economically important region between Tehran and Washington.

The maritime drill, which was held in late 2019, was the first such trilateral exercise as Tehran seeks to boost military cooperation with the U.S. fiercest rivals Beijing and Moscow amid unprecedented economic sanctions from White House.

The joint military exercise was more successful for U.S. rivals than the Islamic Republic of Iran as they have always sought to fight for their hegemony over the entire region, especially the strategic waters in southern Iran.

Tehran seeks peace by conducting “War Exercises” in the region as well as bolsters its proxies throughout the Middle East.

The “War Games” cause not only peace but also make the region more unstable. 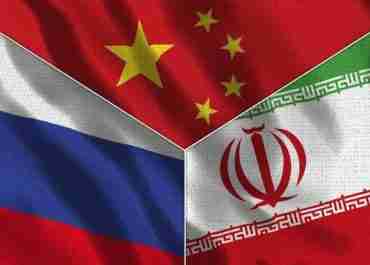