DUBAI, Feb 25 (Reuters) – Iran will continue to enrich uranium to 20% purity even after sanctions on it are lifted and a 2015 nuclear deal with world powers is revived, Iranian news agencies quoted the country’s nuclear chief as saying on Friday.

“(Uranium) enrichment … continues with a maximum ceiling of 60%, which led Westerners to rush to negotiations, and it will continue with the lifting of sanctions by both 20% and 5%,” the head of Iran’s Atomic Energy Organization, Mohammad Eslami, was quoted by the semi-official news agency Fars as saying.

The 2015 deal restricts the purity to which Iran can enrich uranium to 3.67%, far below the roughly 90% that is weapons-grade or the 20% Iran reached before the deal. Iran is now enriching to various levels, the highest being around 60%. read more

Eslami did not elaborate or explain how 20% enrichment would be acceptable under the 2015 nuclear deal which Iran has been trying to revive through indirect talks with the United States.

Iran on Wednesday urged the West to be “realistic” in the talks, as its top negotiator returned to Tehran for what might be final consultations ahead of a possible accord following months of indirect talks with the United States. read more

“Our negotiators… do their best to ensure the nation’s interests, and know that the final point is the lifting of all sanctions, especially on banking and trade,” Ayatollah Ahmad Khatami said at Friday prayers in Tehran.

“If these sanctions are not lifted, it is as if there were no talks,” state media quoted him as saying.

The general content of sermons delivered at Friday prayers is set by the office of Supreme Leader Ayatollah Ali Khamenei, who has the final say on Iran’s nuclear policy and all other matters of state.

After 10 months of talks in Vienna, progress has been made toward the restoration of the pact to curb Tehran’s nuclear program in exchange for sanctions relief, but both Tehran and Washington have cautioned that still there are some significant differences to overcome.

A majority of Iran’s hardline-led parliament demanded in a letter last week that the United States should guarantee that they would not abandon a restored agreement. The assembly has not voted on the letter. read more

A senior Iranian official has told Reuters that Iran has shown flexibility by agreeing to “inherent guarantees” that the U.S. administration will not quit an agreement, as Washington says it is impossible for President Joe Biden to provide the legal assurances Iran has demanded.

Iran insists on the immediate removal of all sanctions imposed under former U.S. President Donald Trump in a verifiable process, including those imposed under terrorism or human rights measures. 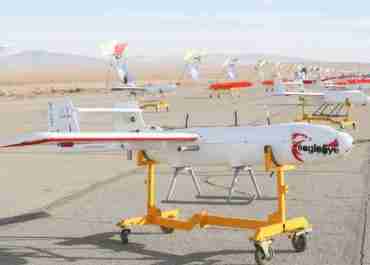