Nor would it be desirable for the international community to stop the regime's ambitious activities in the region, even if it were possible to do so. Why?

On Monday, the [seized] Daily Kayhan, which is an affiliate with Khamenei’s office, released its report with full of the disgusting content: “The Puppet Sheikhs of the U.S. in the Persian Gulf Need a Lesson [as a rebuke]”

“In a letter, the Arab states called the security council to vote on an arms embargo against the Islamic Republic of Iran,” declared the [seized] Kayhan.

The [seized] Kayhan’s voice — vulgarized by its words — was full of malign tones.

The disgraceful words, however, look like the roar of a small-ill cat, still, it is ringing the alarm bells as the Shiite Islamic Republic in occupied Iran has steadily invaded the neighboring Sunni Arab nations.

The unified [Persian] Gulf Council angered the kleptocratic tyrants in Iran and alarmed and led the echo chamber to respond briefly.

On September 14, 2019, drones and cruise missiles were used to attack state-owned Saudi Aramco oil facilities at Abqaiq and Khurais in eastern the country, which the U.S. and — in the long run — E.U. along with U.N. blamed the Islamic Republic of Iran.

In another attack, photos and videos on mainstream media revealed attacks on Japanese commercial vessels in the region, especially the Persian Gulf and the Gulf of Oman, which the IRI was responsible — photo released by the U.S. military disclosed that FTO-IRGC patrol boat removed an unexploded limpet mine from the Panama-flagged tanker Kokua Courageous.

This is the theocratic regime — governing by “Mullah the Great” Ali Khamenei — which its Justice Student Movement, an affiliate of the IRGC and its student militia, the Basij, in 2018 rewarded the $100,000 bounty for the destruction of the new U.S. Embassy in Jerusalem — was initially released by IRGC-run Fars News agency.

The regimes that come closer to their end will deal more fatal blows to the enemies and opponents — by kidnapping and attacking.

Nor would it be desirable for the international community to stop the regime’s ambitious activities in the region, even if it were possible to do so. Those nations who have been victimized because of Iranian crimes should ask why? 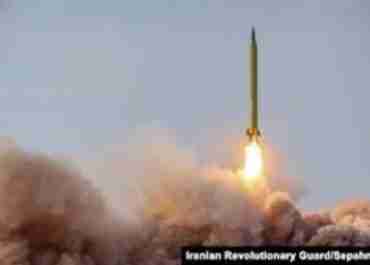