ICBPS– IRGC-affiliated airliner flying over Syria was reportedly forced to alter its course after being approached by a foreign fighter jet, IRI state-run media announced on Thursday. Experts say the Islamic Republic of Iran bolsters terrorism by using airliners as “Human Shield” tactics.

The Mahan Airline (owned by IRGC terrorists) flight #1152 en route to Beirut from Tehran had to maneuver after being challenged by a foreign. fighter jet[s], which allegedly resulted in injuring several passengers.

The Iran regime owned Mahan Airliner belonging to FTO-IRGC, was heading from Tehran to Beirut on Thursday, July 23, 2020, when the pilot staged a safety maneuver, according to the news.

After refueling, the aircraft flew back to the Iranian capital Tehran in the early hours of Friday.

Since years ago, the FTO-backed airliner was designated by the U.S. Treasury Department for support to the IRGC Quds Force. In 2011, Washington sanctioned the IRGC aviation company for its support of the external [terrorist] operations branch of Quds Force.

The airliner, also known as IRGC-Air, works as a tool for the Islamic Republic of Iran’s expansionist policies, including the transfer of revolutionary guards personnel and logistics for FTO-IRGC and proxy militias in the region. 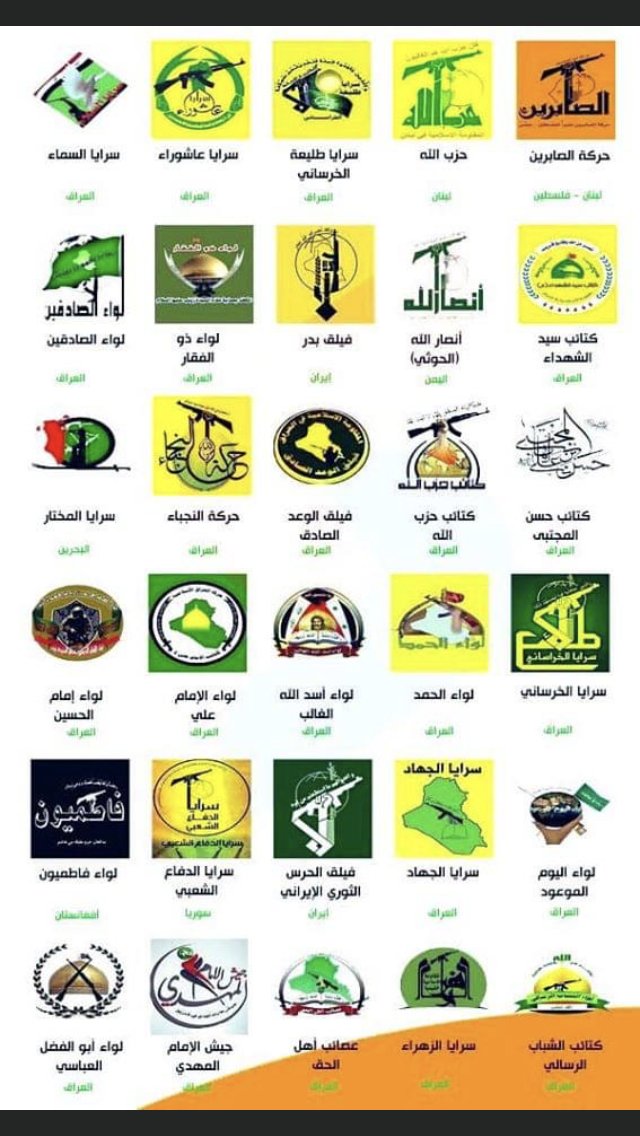 Tensions have spiked between Tehran and Washington since 2018, when the U.S. President Donald Trump rightfully withdrew Iran Nuclear Deal, agreed by the Obama-led six powers, and reimposed sanctions that have battered the regime’s economy.

The Islamic Republic of Iran uses that shadow money – which was freed after the agreement – to fund terrorism and destabilize the region. The regime has continuously funded terrorism over the past 41 years.

In October 2011, the United States Department of State designated Mahan Air under terrorist entity for “providing financial, material, and technological support to the IRGC. It has since repeatedly engaged, or attempted to engage, in activities or transactions that pose a risk of materially contributing to the proliferation of WMD or their means of delivery by shipping UN-restricted missile and nuclear items to Iran.”

The Islamic Republic has been using Mahan Air to support the illegitimate and corrupt state in Venezuela, just as it has done for the Bashar al-Assad regime in Syria and terrorist proxies throughout the Middle East, according to Treasury Secretary Steven Mnuchin.

At the same time, Secretary  Mnuchin has emphasized that the U.S government won’t hesitate to target entities that continue to maintain a commercial relationship with Mahan Air.

On May 9, 2020, U.S. State Department spokesperson, Ms. Morgan Ortegaus mentioned: “Deeply troubled weapons of mass destruction proliferator Mahan Air, which supports terrorism and the Venezuelan Maduro regime, asked the others to avoid the coronavirus and sanction risks by keeping Mahan Air out of your country.”

Deeply troubled weapons of mass destruction proliferator #MahanAir, which supports terrorism and the Maduro regime, is also reportedly suppressing air crew concerns and spreading #COVID19. Avoid the coronavirus and sanction risks by keeping Mahan Air out of your country.

On January 24, 2019, in a report, the State Department wrote: “The United States sanctioned Iranian commercial airline Mahan Air in 2011 for providing financial, material, and technological support to the IRGC-QF. Mahan has facilitated the IRGC-QF’s military operations in Syria by conducting hundreds of flights from Tehran to Damascus since 2012. Every country that permits Mahan Air to fly to its airports should understand Mahan Air’s history of violating international civil aviation norms, and every company supporting Mahan should know they run the risk of incurring U.S. sanctions.”

An investigation revealed the Islamic regime in Iran’s most significant Airline contributed to the spread of the Chinese Virus [known as COVID19] in the Middle East, carrying infected travelers to Iraq, Lebanon, and even China too. The Islamic regime’s member of Majlis lashed out Mahan Air along with the Iran Civil Aviation Organization of spreading Coronavirus in the country.

The IRGC-Air reportedly continued to fly to China and the other nations such as Iraq and Lebanon for several weeks after the Islamic Republic of Iran’s regime officially banned flights from the country on January 31.

“Based on reports, as of 2017, Mahan Company includes 62 airliners and flies commercially to 41 destinations in 24 countries on three continents. Major destinations include Paris, Milan, and Munich in Europe, and others in Asia and Africa, where leading companies have been created to bypass sanctions”, reported FOX News.

Two months ago, in the international airport outside of Caracas, Mahan Air was loaded with the gold bars- an amount equal to about $500 million- to take back to Tehran. The sanctioned Tehran-based carrier Mahan Air has flown more than half a dozen jets to the South American nation in late April, delivered gasoline additives, parts, and technicians to help repair Amuay Refinery in Falcon state on the Northwestern coast of Venezuela.

The Islamic regime in Iran is the latest destination for windfall Venezuelan gold after the Trump administration cracked down on similar deals that the felon Nicolas Maduro’s regime was conducting with Turkey and Russia.

For the Iran regime and its officials, the deal provided a new source of revenue as well as it has no significant income due to sanctions.

Mahan Air Company was established shortly after the formation of the Quds Forces as an overseas arm of the IRGC (Islamic Revolutionary Guard Corps). The airliner was registered in Kerman, southeastern Iran, where IRGC Commander (dead terrorist) Qasem Soleimani was born.

The IRGC is the foreign terrorist organization that intentionally shot down the Ukrainian Airlines flight 752 – with two missiles 30 seconds apart –  that left Tehran’s airport heading for Kyiv on January 8, 2020.

Mahan Air company which has been using Mahan Air passenger planes transporting weapons and ammunition to Syria by Quds Forces and the IRGC for years, was named by Ata’ollah Mohajerani who served as the minister of Islamic Guidance under the so-called “reformist” President Mohammad Khatami until 2000 when he resigned from office.

The Airline is chaired and controlled by the most influential IRGC commanders, who depended on their terrorist leader, Qassem Soleimani.

Mahan has flown dozens of jets to Syria, Lebanon, Iraq from major Iranian cities Tehran, Mashhad, Isfahan, Shiraz, and Abadan. The Airline carries weapons, military equipment, logistics, cash, foodstuffs, and whatever the FTO-IRGC and its proxies need to destabilize the region and the globe.

In a tweet, the award-winning Canadian human rights advocate and freelance writer Shabnam Assadollahi declared ‘what are so many passengers of Mahan Air & Quds Forces officials & members with their families doing in Lebanon? Are they smuggling illegal drugs and biological weapons to assist Hezbollah & Hamas?’

What are so many passengers of #MahanAir (owned by #IRGCTerrorists )& Qods Forces officials & members with their families doing in Lebanon? Are they smuggling illegal drugs and biological weapons to assist Hezbollah & Hamas?
Why is the MSM obsessed w/Islamic in Iran? Shame!

Anatomy of a lie: This is how the Islamic Republic of Iran and its military arm (IRGC) use airliners as “Human Shield“ tactics to weaponize their proxies across the region.