ICBPS- Jailed rights lawyer Soheila Hejab faces new charges of propaganda against national security and disturbing public opinion after she was summoned to the Islamic Revolutionary court on Sunday.

The Islamic regime in Iran also has been persecuting jailed rights lawyer Soheila Hejab by denying her adequate medical care.

Monarchist Soheila Hejab, the human rights lawyer, who was arrested by IRGC agents in 2019, was taken hostage by the Islamic authorities, who recklessly ignored the medical needs of the jailed lawyer in custody.

The jailed Monarchist condition with serious health problems has been exacerbated by continued detention and repeated refusal to allow her access to the medical treatment and healthcare facilities she so urgently requires.

Soheila was reportedly arrested by agents on Thursday, July 6, 2019, and was sentenced to 18 years in prison. She is currently kept at Varamin notorious Qarchak prison.

The shockingly severe sentence was given to the lawyer by the Branch 28 of Tehran Islamic Revolutionary Court, chaired by the infamous Judge Moghiseh, according to ICBHR.

The Islamic court issued the heaviest sentence against Soheila on the bogus charges of “propaganda against the regime” “assembly and collusion against national security,” “disturbing public opinion,” “establishing groups to defend women’s rights,” “asking referendum to change the constitution,” say rights groups.

The FTO-IRGC agents arrested the lawyer in an attack her house and took her into Tehran notorious Evin prison, however, the court ordered to release her on bail on Saturday, March 14, 2020 [after about ten months], till the trial to be met.

She is the supporter of Iran’s exiled Crown Prince Reza Pahlavi, say reliable sources. The agents put the jailed lawyer under severe pressure during interrogation because of her devotion to the prince.

Previously, the human rights lawyer was arrested in Shiraz on Friday, December 28, 2018, and taken to Adel Abad prison. She was released after serving five months of her two years imprisonment.

The Islamic regime in Iran is callously toying with the lives of prisoners of conscience and other political prisoners by denying them adequate medical care, putting them at grave risk of death, permanent disability, or other irreversible damage to their health, according to Amnesty International. 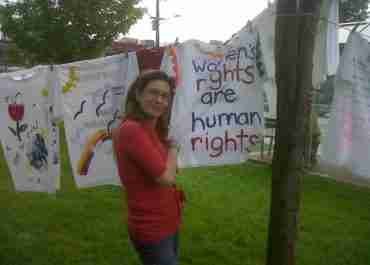