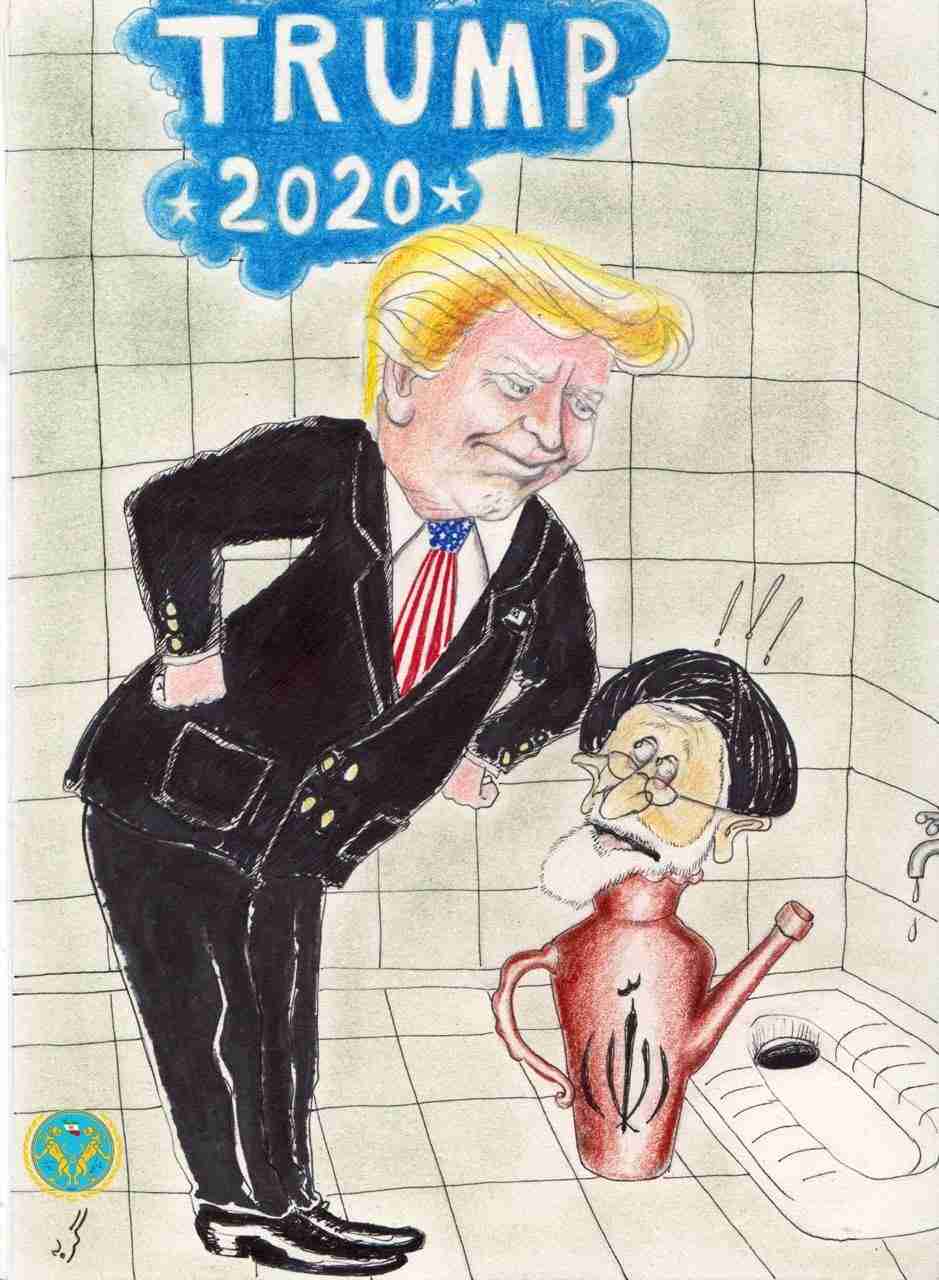 ICBPS- President Donald Trump administration hit the shit out of the new sanctions on “Mullah the Great” Ali Khamenei’s regime on Monday.
The cartoon, drawn by an Iranian cartoonist, shows that the U.S. “Maximum Pressure” Campaign on Iran has turned Khamenei into an Islamic-designed Siphon.
The pitcher (known as Aftabeh in Farsi), is shown in the cartoon, is used for washing in Islamic-designed toilets in Iran.

The U.S. has targeted 27 Iranian entities and people in the atomic, missile, and conventional arms sectors.

The recent punishments are part of a new sanctions by President Donald Trump’s administration that rests in part on a ‘Snapback’, clause from the 2015 Iran Nuclear Deal between Tehran and Obama-led global powers.

“The United States has now restored U.N. sanctions on Iran,” President Donald Trump said in a statement after he signed an executive order spelling out how Washington will enforce the “snapback.” “My actions today send a clear message to the Iranian regime and those in the international community who refuse to stand up to Iran.”

In a Fox News interview with Maria Bartiromo, on Sunday, the Secretary of State said “The U.S. President Donald Trump came to understand quickly that the real threat to these countries was the Islamic Republic of Iran, so we flipped the narrative.”