More Pressure On Lukashenko Amid Further Protests in Belarus

For the three-week, Belarusian have taken to the streets to protest over the early August disputed elections.

ICBPS– The ruler of Belarus Alexander Lukashenko remains under intense pressure following the third consecutive Sunday of mass protests over his 26-year dictatorship.

On Sunday, were clashes with riot police who made over a hundred arrests, with protesters mocking the President on his 66th birthday.

Belarus has been gripped by mass demonstrations and strikes since the controversial election three weeks ago.

Tens of thousands of Belarusians on Sunday occupied the center of the capital Minsk for the third week, and said they will come out on the streets every week until Lukashenko leaves the power.

“I am so proud of Belarusians now because after 26 years of fear they are ready to defend their rights,” the opposition leader Svetlana Tikhanovskaya, who fled to Lithuania after challenging the results of the disputed presidential election three weeks ago, told AFP.

“Estonia, Lithuania and Latvia are to announce travel sanctions on about 30 Belarusian officials including Mr Lukashenko on Monday,” Reuters news agency reports.

The EU’s foreign policy chief Josep Borell has called for a new election in the country under the supervision of the Organization for Security and Co-operation in Europe.

“The best solution would be to replay the election in Belarus under the control of the OSCE,” declared Borell.

“In the meantime, we can’t just express our worries; we need to sanction those who are responsible if the EU wants to be consistent,” he emphasized.

The Belarusian women, as a symbol of change in their homeland, have become part of an opposition movement against the ruler of Belarus Alexander Lukashenko after the disputed re-election this month.

The ruler of Belarus Alexander Lukashenko on Friday threatened to cut European transit routes through Belarusian territory if sanctions are imposed on his government, according to the news.

Thousands of thousands of people also took to the streets again in Belarus last week (on Aug 23) to protest over the controversial election, demanding the resignation of the government.

The people – who have been called by the opposition for a major rally in Minsk on Sunday after more than 100,000 people flooded onto the streets of the Belarusian capital, and other cities in Belarus last weekend demanding Lukashenko’s resignation.

On Sunday, the Belarusians have conquered the streets in Minsk as a Telegram Channel – affiliate with the opposition groups – stated the uprising also sparked in the other important cities in Belarus.

The peaceful demonstrators demand the resignation of the long-time Belarusian dictator Alexander Lukashenko, who has been re-elected as President amid cries of foul play from the opposition.

The election was rigged as Lukashenko looks to extend his five-term presidency took over since 1994. The 65-year-old Lukashenko claimed that he won the sixth presidential term with alleged 80 percent vote in the August 9 ballot.

For the three-week, people have taken to the streets to protest over the early August disputed elections. 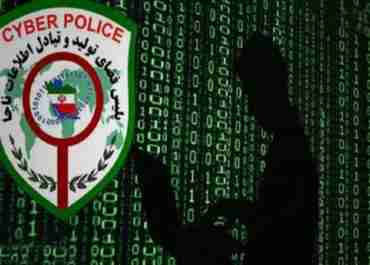 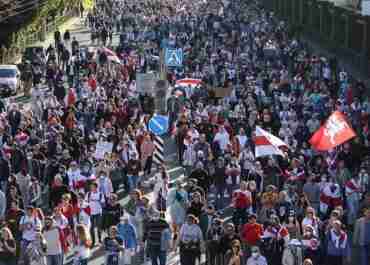