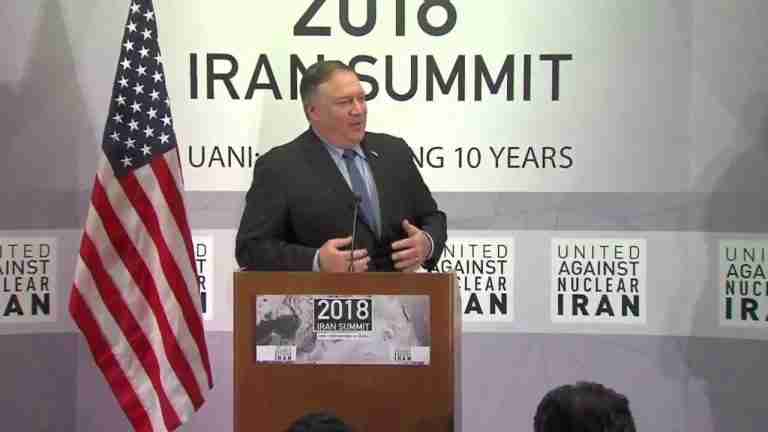 The U.S. Secretary of State Mike Pompeo says the Maximum Pressure Campaign has been cutting multi-billions Iran’s revenue that could have otherwise gone to terror.

“Our sanctions have saved countless Muslim, Jewish, and Christian lives by denying Tehran access to billions of cash which the failed JCPOA gifted the regime and paved the way for Iran to become the arms dealer of choice for terrorist groups and dictatos all across the world in just five short years.”

President Donald Trump understood that the JCPOA was a abject failure. According to Pompeo’s September statement, it didn’t bring Iran into the “community of nations” or block Tehran’s path to a nuclear weapon.

“Our maximum pressure campaign on the Iranian regime will continue until Iran stops spreading chaos, violence, and bloodshed,” Mike Pompeo said in the statement.

All U.N. sanctions on Iran have been restored after the Islamic regime said it would not comply with NPT at all, said Secretary of State Mike Pompeo on September 19.

“Just imagine what Iran would do if it were able to freely purchase more advanced weapons. We have no intention of letting that happen,” added Mike Pompeo.