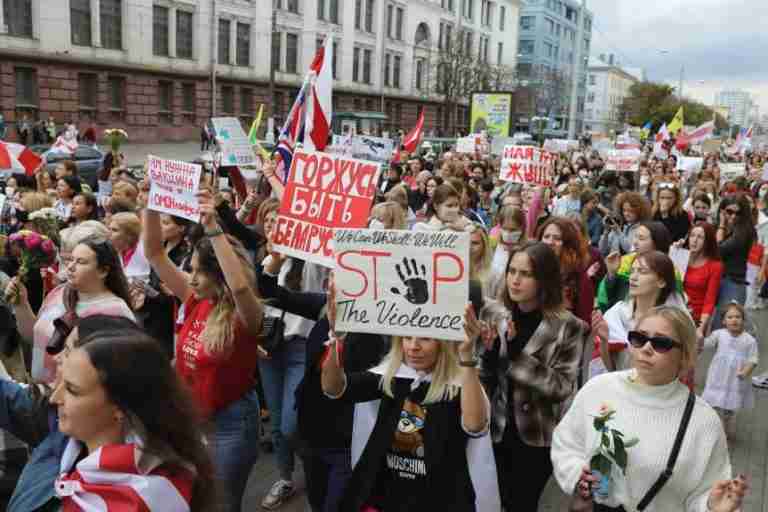 ICBPS MORNING BRIEF– Thousands of women in Belarus have marched through the capital of Belarus, Minsk calling for the resignation of the Belarusian ruler Alexander Lukashenko.

On Saturday, security agents in Minsk have detained dozens of peaceful protesters as the nationwide uprising continued.

Thousands of women, in the separate marches, chanted “hands off the children.”

Further, for the first time in the wave of the uprising, supporters of LGBT rights appeared with rainbow flags in the women’s march in Minsk.

It indicates that opponents of the Belarusian ruler Lukashenko are becoming bolder and broader.

“LGBT people are calling for freedom. We are tired of living in a dictatorship where we simply didn’t exist,” ABC News quoted Anna Bredova, one of the rainbow flag bearers.

Lithuanian foreign minister Linas Linkevicius has issued Belarus warning to the EU and said a block must mobilize to counter Russian influence in Belarus.