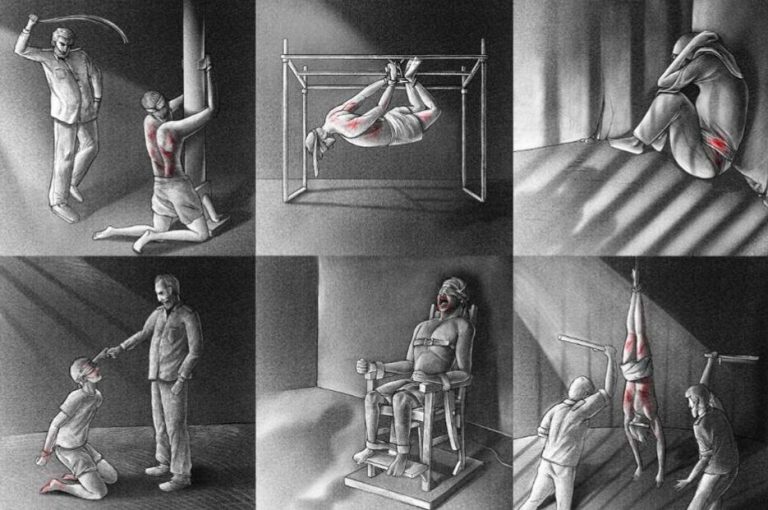 ICBPS MORNING BRIEF: The peaceful protesters – who have been arrested during the nationwide 2019 Iran Protests – were savagely flogged, sexually abused, and given electric shocks in a horrific post-protest crackdown.

“In the days following the widespread protests, videos showing Iran’s security forces deliberately killing and injuring unarmed protesters and bystanders sent shockwaves worldwide. Much less visible has been the catalog of cruelty meted out to detainees and their relatives by IRI officials away from the public eye,” according to Amnesty International Diana Eltahawy in a condemning report published on September 2, 2020.

Death penalties have been issued based on torture-tainted “confessions.” Hundreds subjected to grossly unfair trials on so-called national security charges and ambiguous indictment.

The Islamic Republic of Iran’s law enforcement, intelligence and IRGC security forces, and wardens have committed, with the complicity of the Islamic judges and prosecutors, a series of shocking human rights violations, including arbitrary detention, enforced disappearance, torture, and other ill-treatment, against those detained in connection with the nationwide protests in 2019.

Islamic law enforcement is experienced in a medieval method of tortures to make detainees confession against themselves.

Over 15,00 people, including 17 juveniles and 400 women, were reportedly arrested during less than two weeks of unrest in mid-November of 2019.

A gruesome post-protest crackdown carried out by the Islamic Republic of Iran (IRI) during the so-called moderate Hassan Rouhani’s presidency as well as Iran Protests continue in various cities throughout the nation. “READ FULL REPORT HERE“