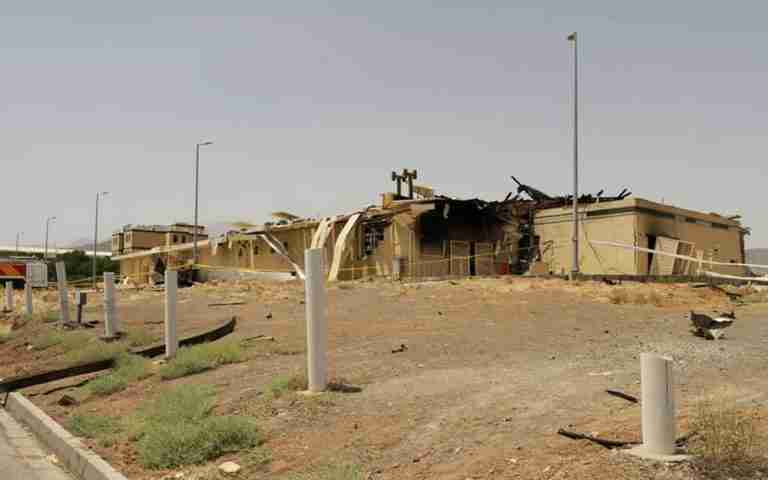 Tehran identified those behind the blast and fire at the Natanz nuclear facilities, claimed the spokesperson for IRI’s Atomic Organisation Behrouz Kamalvandi.

Kamalvandi stressed that Iran’s uranium enrichment activity was not disturbed at all as he announced the explosion at the nuclear complex was an act of “sabotage.”

The state-run media, however, implicitly blamed the U.S. and Israel, announced Washington could have greenlighted Jerusalem’s involvement in the blast, occurred on July 2 – But no radioactive or significant damage reported. Iran claims that the IAEA also could be blamed for the early July blast at Natanz Nuke Site.

The accident occurred at an industrial shed under construction in Natanz nuclear site; the officials said it left no casualties.

“The security services now have full information of what happened at the nuke site in July,” according to the spokesperson.

There are no full details of the ongoing investigation as he said no more information could be provided for the time being.

Earlier, the media outlets and some experts said the blast could be due to a possible cyber-attack. Some others spoke of the possibility of a Hybrid Warfare — Claims that were neither confirmed nor denied at the time.

At the time, Iran’s authorities said the blast at the nuclear site happened due to a gas leak.

According to the U.N.’s nuclear watchdog report, IIR’s enriched uranium reserves were announced to be ten times higher than what was permitted under the so-called Iran Nuclear Deal. IAEA said Iran enriched uranium stockpile had reached 2,105kg (4,640lb).

Washington and its allies, including Israel, insist Iran nuclear programme is exclusively for non-peaceful purposes.
Last year, Iran began deliberately and publicly reneging on its commitments it had made under the so-called nuclear treaty, signed in 2015 by Iran, China, France, Germany, Russia, the UK, and the US.