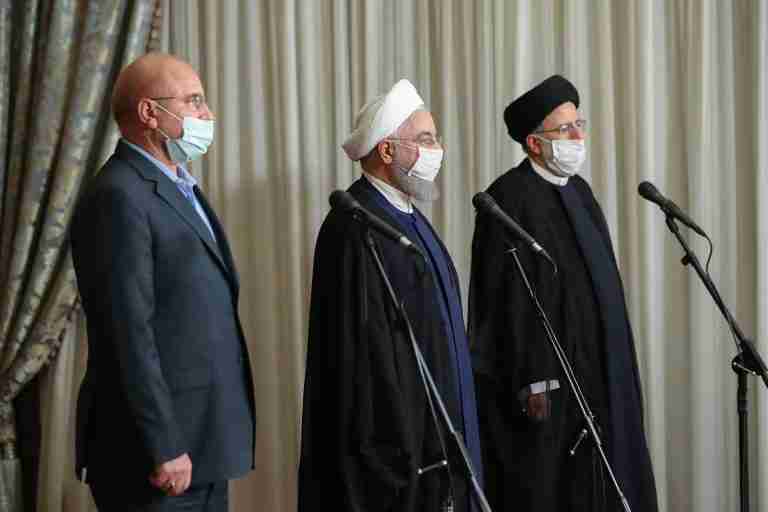 Speaker of the Islamic Consultative Assembly, Mohammad Bagher Ghalibaf responded to Rouhani’s plea for the nuclear issue to be left in the hands of those “successful” in diplomacy, and announced that the regime’s “strategic action plan” to counter US sanctions had become law.

According to the parliamentary group of IRGC-run Tasnim News, Ghalibaf issued a letter to the CEO of the official newspaper, announcing the Strategic Action Law to lift sanctions and protect the interests of the regime in Iran, asking the newspaper to publish the so-called law.