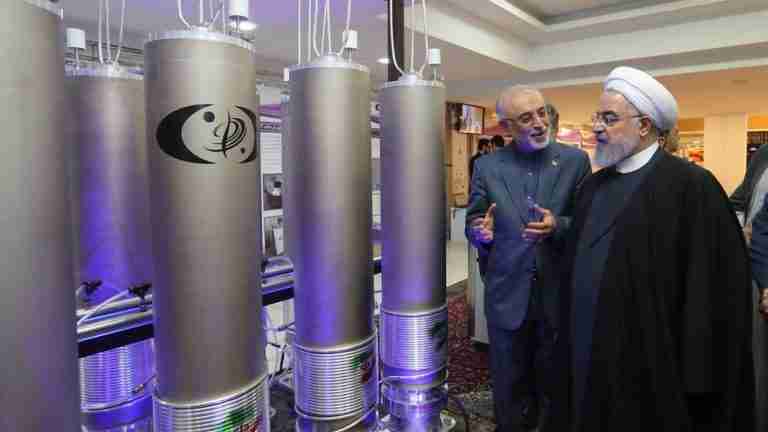 ICBPS Morning Brief– The Atomic Energy Organization in Iran announced its readiness for increasing the percentage of uranium enrichment with its new centrifuges which will breach the 2015 nuclear treaty more. U.S. President Donald Trump
The Islamic Republic of Iran (IRI) is ready to produce advanced machines at the industrial level and to increase production capacity and percentage of enrichment, Spokesperson of the Atomic Energy Organization of Iran (AEOI) Behrouz Kamalvandi announced on Tuesday.
‘The bill on “strategic action” for lifting the sanctions after the failure of the JCPOA’s European parties to fulfill the country’s interests under the nuclear deal and the escalation of American sanctions and hostile measures is being studied in the Islamic Consultative Assembly’ said the spokesperson. Iran Nuclear
“AEOI is being asked by the Islamic Consultative Assembly to announce its [technical] views about the bill,” he added.
Previously, Kamalvandi declared that IRI has sought to build a new centrifuge site after damages were found at its Natanz nuclear (uranium-enrichment) site on July 2.
The IRI’s Atomic Organisation spokesperson, however, claimed that Iran’s uranium enrichment activity was not disturbed at all, but he announced the explosion at the nuclear complex was an act of “sabotage.”
Further, in his earlier remarks, Kamalvandi had underlined that US sanctions cannot stop Iran’s nuclear activities.
Kamalvandi stressed that the Atomic Energy Organization will continue its activities to ensure the nuclear rights of Tehran.
In mid-November, U.N. atomic watchdog reported that Iran has fired up advanced uranium-enriching centrifuges that it had installed underground at its Natanz site, in the latest breach of its nuclear deal with major powers.

Tehran has breached its commitment to Iran Deal which was an agreement on the Ayatollahs nuclear program reached in Vienna on 14 July 2015, between Iran and the P5+1 (China, France, Russia, United Kingdom, United States—plus Germany), together with the EU.