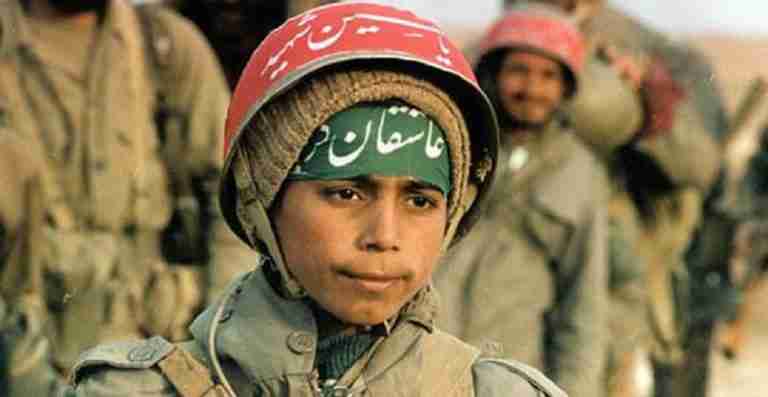 The IRGC Colonel Mohsen Amanati praising schoolboys’ role in the prolonged war with Iraq and said Basij dispatched 550.000 students to the battlefields during the eight-year war.

Nearly 78% of students in Southern Khorasan province have joined the IRGC-Basij militia, declaring the colonel who chairs Student Basij Organization in the province.

According to the Sacred Defense Foundation, at least 33.000 schoolboys, and more than 3.500 university students were killed in the Iran-Iraq War.

“Exposing children to war, and simplifying war causalities, which seems to be the main aim of this book, makes children more inclined to display violence and is very harmful to their future,” according to the report.