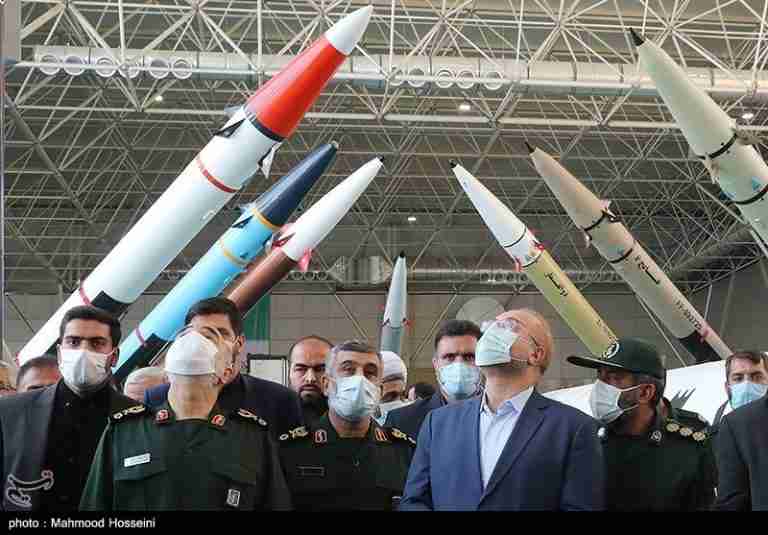 The Islamic Revolutionary Guard Corps (IRGC) Aerospace Force has shown off a SAR imaging radar — which mounted on the Shahed 129 drone as well as a new generation of Zolfaqar marine ballistic missile with a range of 700km.

The two home-grown military products were introduced at a permanent exhibition of strategic achievements of the IRGC Aerospace Force entitled the National Aerospace Park in Tehran, reported IRGC-run Fars News on Sunday.

“The SAR (Synthetic Aperture Radars) imaging radar is mounted on the home-made Shahed 129 drone and is a type of radar that surveys the surface of the earth by means of high-speed and high-frequency radio waves. It uses a type of active data collection where a sensor produces its own energy and then records the amount of that energy reflected back after interacting with the earth.”

Another piece of equipment that went on exhibition for the first time was a new generation of Zolfaqar marine ballistic missiles called Zolfaqar Basir — which enjoys the ability to hit the targets at sea with a range of 700 km.

During a visit to the exhibition, the Speaker of Islamic Consultative Assembly (so-called parliament) Mohammad Baqer Qalibaf said that the regime does not rely on other countries to develop its defense capabilities. “We don’t ask for anything from others because the independence and glory of our country is of high importance to us,” he declared.

Earlier, the range of Iran’s ballistic marine missiles had been declared 300 km with the Persian Gulf and Hormuz missiles but now the range has increased to 700 km by manufacturing Zolfaqar Basir missiles, the agency claimed.

of Iran-Iraq War) and deployed it in its integrated air defense network, reported IRGC-run Tasnim News.

The new radar system can reportedly detect targets with small cross-section areas at low and medium altitudes within a range of 220 Km that it’s able to carry out missions in all weather conditions using semiconductor technologies.