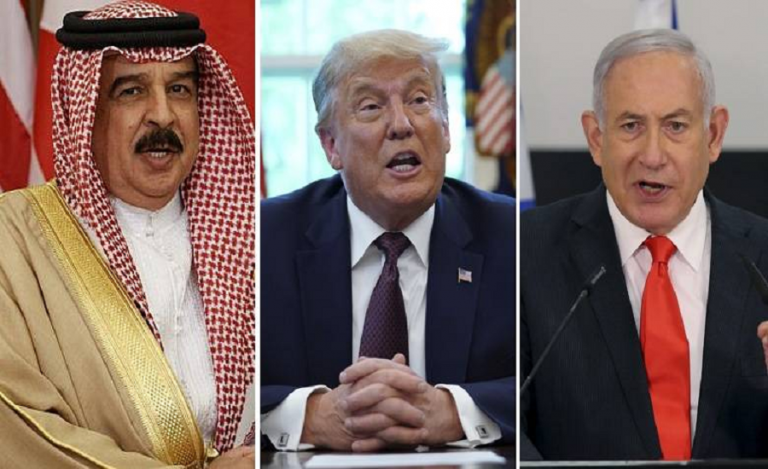 ICBPS Morning Brief– Bahrain’s interior minister on Monday announced that Israel Deal [normalizing relations with Jerusalem] would protect our interests as it strengthens our strategic partnership with the U.S.

“It is not an abandonment of the Palestinian cause … it is to strengthen Bahrainis’ security and economic stability,” minister Rashid bin Abdullah Al Khalifa said in a statement.

The statement on Israel Deal comes amid threat from the Islamic Republic of Iran.

On Friday, Bahrain said Manama would normalize ties with Jerusalem, following the path of the United Arab Emirates who declared it would do the same a month ago, in moves forged partly through shared fears of Iran.

“Iran has chosen to behave in a dominating way in several forms and has become a constant danger that harms our internal security,” added the interior minister.

Iran’s Islamic Revolutionary Guard Corps (IRGC) threatened Bahrain on Saturday and said it would face “harsh revenge” from its own people and Palestinian over Israel Deal.

The small Persian Gulf state of Bahrain, home to the U.S. Navy’s Fifth Fleet, accuses the Islamic Republic of Iran of seeking to subvert Manama’s government.

Further, the Sultanate of Oman on Sunday hailed the normalization announcement between Bahrain and Israel.