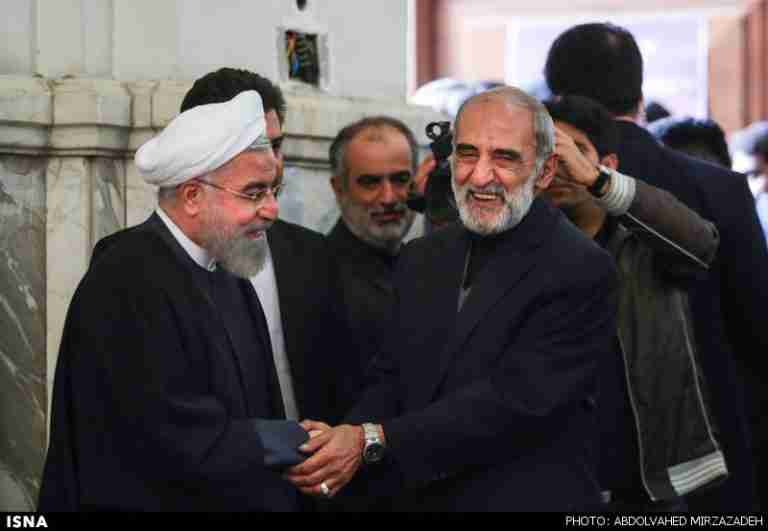 In an Op-Ed, Hossein Shariatmadari threatened that President Donald Trump is the primary target of IRGC to avenge the U.S. killing of top general Qassem Soleimani in early July.

The puppet, whose newspaper is Khamenei’s echo chamber, said “Trump, as the killer of our martyred Haj Qassem Soleimani, should know he will be a primary target of the IRGC for the rest of his life.”

“No matter if he is the president of United States at the time of revenge or not, he will be pursued as IRGC’s main target for the rest of his life,” Shariatmadari added.

In the terrorist-statement, he emphasized that IRGC forces will never give up unless the revenge is done.

Hossein Shariatmadari is a conservative politician, and his biased newspaper always publishes anti-Semitism content as well as the so-called journalist is well known for his antisemitic and anti-American views. He is a strong supporter of Mahmoud Ahmadinejad.

On Saturday, the chief of Iran IRGC threatened to go after everyone who had a role in the terrorist-general’s January killing during a U.S. drone strike in Iraq.

U.S. President Donald Trump warned this week that Washington would harshly respond to any Iran’s regime attempts to take revenge for the death of its terrorist-general Qassem Soleimani.

President Donald Trump warned the Iran IRGC, tweeting that “if they hit us in any way, any form, written instructions already done we’re going to hit them 1000 times harder.”

According to press reports, Iran may be planning an assassination, or other attack, against the United States in retaliation for the killing of terrorist leader Soleimani, which was carried out for his planning a future attack, murdering U.S. Troops, and the death & suffering…

President Donald Trump’s warning came in response to a report that Iran was plotting to assassinate Lana Marks, the U.S. ambassador to South Africa, to retaliate for Soleimani’s killing Baghdad’s airport at the beginning of the year.

“We took out the world’s number one terrorist and the mass murderer of American troops and many, many troops and many people all over the world,” said President Donald Trump. “Qassem Soleimani is dead. He’s dead. Bad guy. Bad guy. Very bad guy.”

The Islamic officials in Iran have rejected the report of a plot to assassinate Ambassador Lana Marks, but made clear that Iran intends to avenge the general’s death.