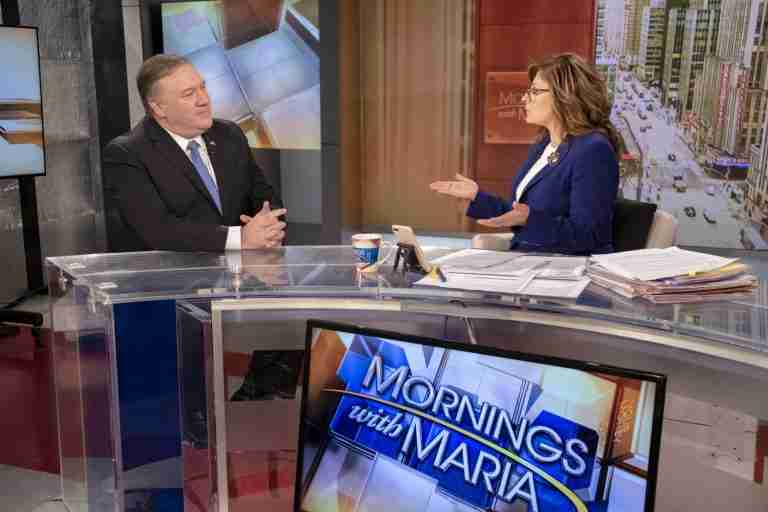 ICBPS Morning Brief– U.S. Secretary of State Mike Pompeo has called the Islamic Republic of Iran “the greatest threat in the world” and said the regime has been fomenting terror in the Middle East for 40 years since the Islamic Revolution.

In a Fox News interview with Maria Bartiromo, the Secretary of State said “The U.S. President Donald Trump came to understand quickly that the real threat to these countries was the Islamic Republic of Iran, so we flipped the narrative.”

“We worked to deliver a coalition to get the Gulf states to work together, to convince them that they could, in fact, work alongside and partner with and do commerce with the state of Israel and recognize them, and that they would be safer, their people would be more prosperous. Those are the central underpinnings.”

What created the opportunity was the recognition that the way to create stability was to make the Islamic Republic of Iran more isolated, and we’ve done that, Mike Pompeo told Fox News.

Two things are going on — peace deal (Abraham Accord), and then last night at midnight the UN sanctions snapped back — that putting another increasing restraint on the Islamic Republic of Iran’s capacity to create harm in the region, added Pompeo.

The United States has led and will prevent arms trafficking by the Islamic Republic of Iran.

“The Eu has not joined us in stopping arms trafficking – those weapons that Iran will sell – will end up in the hands of Hezbollah and make life tragically worse for the people of Lebanon.”

“The world needs to unite around the central idea that the Islamic Republic of Iran is the greatest threat, and when that regime changes its behavior, we have the chance to create true global stability in the region.  It’s what we’ve been working on.  It’s what President Donald Trump asked us to do.  And now, three years in, we can show the fruits of that effort.”