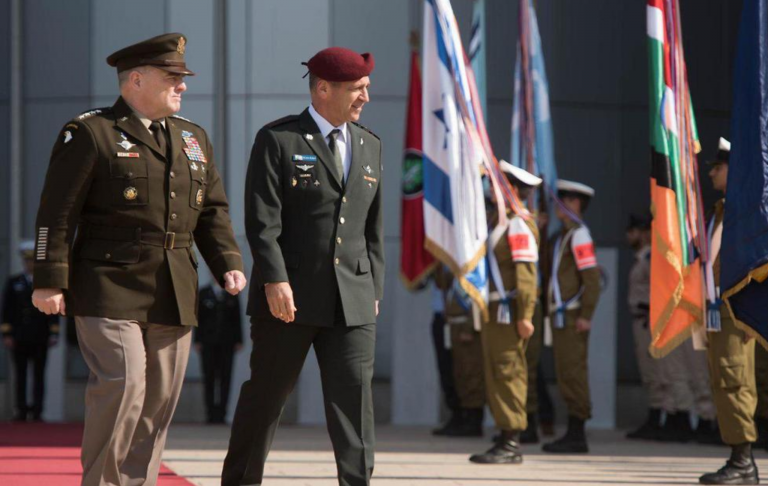 The U.S. Chairman of the Joint Chiefs of Staff Gen. Mark Milley stopped in Israel on Thursday during a whirlwind tour of the region, to discuss the threats from Iran facing the Jewish state, TOI reported.

In the two-day visit, Milley met first with IDF Chief of Staff Aviv Kohavi on Thursday night at military headquarters in Tel Aviv, along with a number of other top IDF officers, including the defense attaché to the US, Maj. Gen. Yehuda Fuchs, and the head of the IDF’s Iran Command, Maj. Gen. Tal Kalman.

Milley on Friday morning met with Defense Minister Benny Gantz and Kohavi at Gantz’s office in Tel Aviv, according to reports.

“During the meeting, they discussed the challenges and different changes in the operational situation in the Middle East,” the defense minister’s office said. “Gantz stressed to Milley the importance of continued pressure on the regime in Iran and the IDF’s preparedness for all eventualities in the face of Iran’s regional aggression and nuclear armament.”