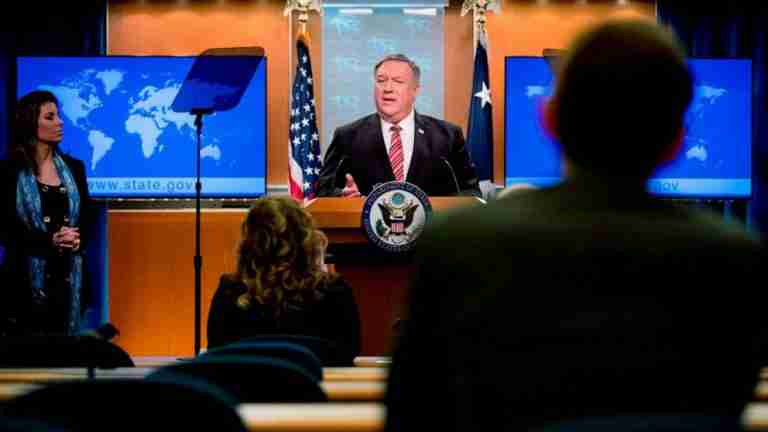 ICBPS MORNING BRIEF– The United States has imposed sanctions on several companies over sales of Iran petroleum and petrochemicals.

In a statement, the U.S. Department of State on Thursday declared that it Imposed sanctions on entities for engaging in transactions related to the Islamic Republic of Iran’s Petroleum and Petrochemical Industry.

Washington on Thursday imposed sanctions on several companies, accusing them of enabling the shipment and sale of Iranian petrochemicals, the Treasury Department said in a statement.

The United States sanctioned 11 entities for facilitating exports of Iran’s petroleum and petrochemical products, contrary to existing U.S. sanctions. We also sanctioned three of these entities’ executives. We will not hesitate to enforce these measures. https://t.co/lmGHFD4yFa

“Today, the Department of State imposed sanctions on five entities under section 3(a)(ii) of Executive Order (E.O.) 13846 for knowingly engaging in a significant transaction for the purchase, acquisition, sale, transport, or marketing of petroleum or petroleum products from Iran.  The Department of State also imposed sanctions under section 5(a)(vii) of E.O. 13846 on three individuals who serve as principal executive officers of the sanctioned entities, or perform similar functions and with similar authorities as a principal executive officer,” according the statement.

“The Islamic Republic of Iran’s petroleum industry is a major source of revenue for the rulers in Tehran and funds their malign activities throughout the Middle East: The State of Department.

“Our actions today reaffirm the United States’ commitment to denying the Iranian regime the financial resources it needs to fuel terrorism and other destabilizing activities.  We call on the regime yet again to stop undermining the Iranian people’s prosperity by exploiting Iran’s natural resources to sow chaos and destruction,” the State of Department added in its statement. “READ FULL REPORT HERE“