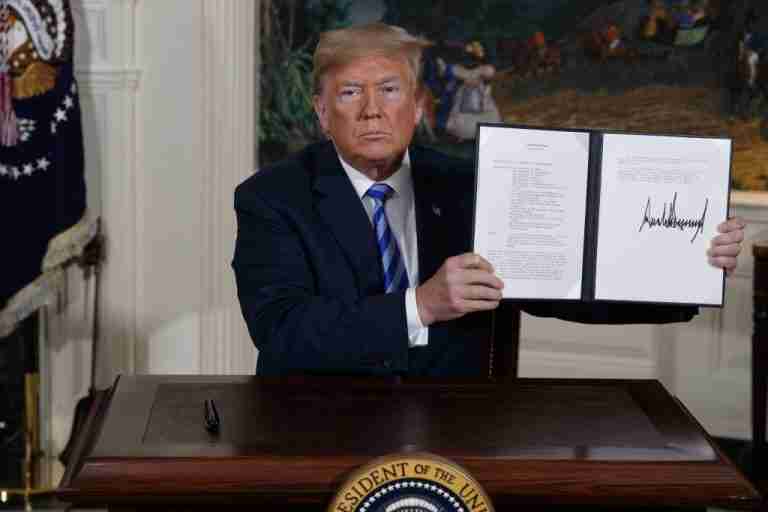 ICBPS Morning Brief– Secretary of State Mike Pompeo said on Saturday that all U.N. sanctions on Iran have been restored after the Islamic regime said it would not comply with NPT at all.

The Trump administration has issued an executive order to reimpose U.N. sanctions on Iran, five years after they were abandoned under a nuclear treaty between Tehran and Obama-led superpowers.

“U.N. sanctions on Iran were reintroduced because Tehran failed to perform its requirement from the 2015 nuke deal, said Mike Pompeo.

The U.N. Security Council also failed to extend Iran Arms Embargo, which has been in place for a 13-year-period, and is set to run out in mid-October, added Pompeo.

Britain, China, France, Germany, and Russia – the other signatories to the 2015 accord President Donald Trump withdrew its nation from – have apparently sided with Iran’s tyrants and no intention of enforcing the sanctions.

The United Nations’ 15-member Security Council say the U.S. has no legal standing to enforce the “snapback” sanctions, since Washington is no longer a party to the 2015 nuclear deal.

Richard Goldberg, the American political advisor to the U.S. National Security Advisor in the Donald Trump administration, however, has rejected all sympathizing speech and clarified that the White House has the right to trigger ‘snapback’ because it is part of a binding ‘Security Council Resolution,’ not the Joint Comprehensive Plan of Action (JCPOA).

“Washington plans to issue an executive order on Monday spelling out how the White House will enforce the restored sanctions, and the State and Treasury departments are expected to outline how foreign individuals and businesses will be penalized for violations,” according to the news.

Soon, we will announce a range of additional measures to strengthen enforcement of @UN sanctions on Iran. Our maximum pressure campaign on the Iranian regime will continue until it stops spreading chaos, violence, and bloodshed.

“Our maximum pressure campaign on the Iranian regime will continue until it stops spreading chaos, violence, and bloodshed,” Mike Pompeo wrote on Twitter.

“Soon, we will announce a range of additional measures to strengthen the enforcement of U.N. sanctions on Iran,” he emphasized.