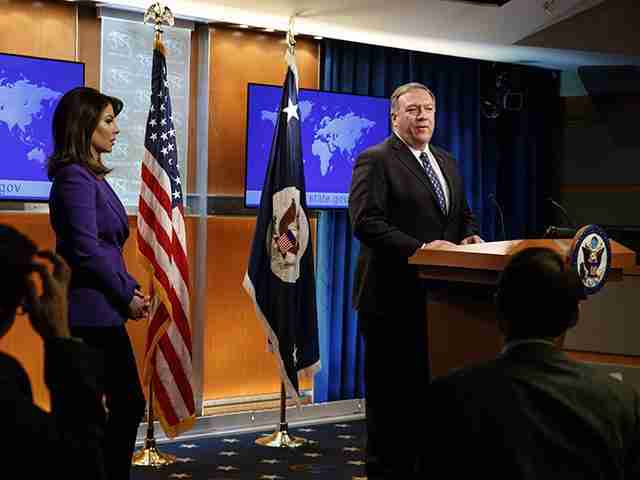 “Pompeo underlined that while the European Union and U.N. disagreed with the U.S. decision to withdraw from the 2015 nuclear deal in 2018 and reimpose unilateral sanctions on Iran, Washington aimed to keep the world safe,” according to the report.

“We are going to act in a way – and we have acted in a way – that will prevent Iran from being able to purchase Chinese tanks and Russian air defense systems and resell weapons to Hezbollah to undermine the very efforts that French President Emmanuel Macron is ably trying to lead in Lebanon,” Pompeo also said.