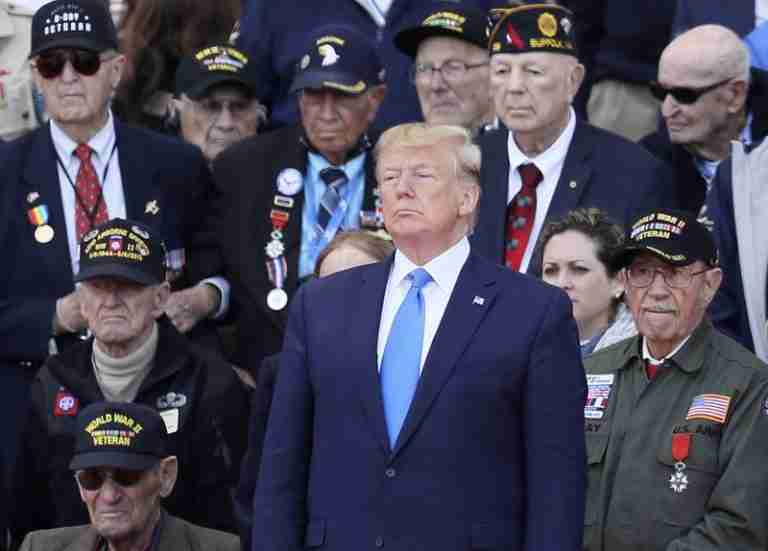 ICBPS MORNING BRIEF– Nearly 700 U.S. veterans have come out in support of President Donald Trump after it was reported that the President allegedly disparaged World War I veterans in 2018.

In an open letter, which was signed by 674 U.S. veterans, the signatories stressed they are speaking out after “recent baseless media attacks against President Trump from anonymous sources,” citing a piece published by The Atlantic last week.

“Anyone who knows President Trump has seen his love and reverence for our military and veterans. That is why we, veterans from every generation, are writing today to reaffirm our support for President Trump,” the veterans added, emphasized that the Atlantic article is aimed to “divide the nation” and “meddle in the election.”

The U.S. President Donald Trump and the White House officials denied that the President called the veterans “losers” and “suckers” during his visit to France.

“I’ve been with this president coming on four years. I’ve never heard the president use the language,” the Secretary of State Mike Pompeo told Fox News. “I’ve never seen that. Indeed, just the contrary.” Pompeo also added that President Donald Trump has the “deepest respect” for the U.S. armed forces.Vice President Mike Pence also denied the report, declared that President Donald Trump never scuppered his visit to the cemetery because of his hair.

The baseless report also claimed Trump didn’t want to visit a cemetery with fallen American soldiers because it would mess up his hair, said the Epoch Times. None of the anonymous sources who made the claims have gone on record to identify themselves, reported the news agency.