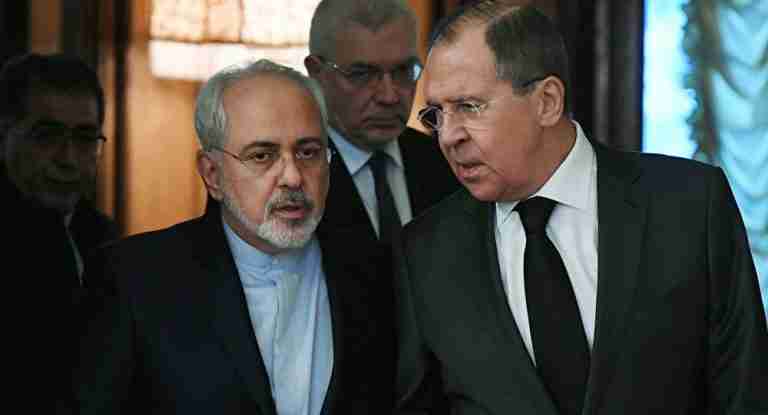 Mohammad Javad Zarif, the propagandist minister of the Islamic regime in Iran, arrived in the Russian capital Moscow to discuss the Joint Comprehensive Plan of Action (JCPOA) and regional issues with the counterpart Sergey Lavrov.

Zarif’s talks with the Russian foreign minister will take place after Tehran and Moscow held the joint military maneuver “Caucasus 2020” in the Caspian Sea and the Black Sea.

Zarif is in Moscow on his 31st visit to Russia as head of the diplomatic apparatus and his fourth trip over the past six months to Moscow, according to state-run IRNA.

“In light of the will of Tehran and Russian leaders, bilateral relations are growing to ensure common regional interests,” said the Islamic regime’s ambassador to Russia Kazem Jalali.

Jalali further noted that Russia, as a supporter of the JCPOA, has recently opposed a resolution of the International Atomic Energy Agency’s Board of Governors; Iran and Russia are in full solidarity against U.S. Maximum Pressure Campaign.

During a press conference on Monday, Secretary of State Mike Pompeo, flanked by Defense Secretary Mark Esper, Treasury Secretary Steven Mnuchin, and Commerce Secretary Wilbur Ross, expressed that “no matter who you are, if you violate the U.N. Arms Embargo on Iran, you risk sanctions.”

“Our actions today are a warning that should be heard worldwide,” Pompeo added.

“We have made it very clear that every member state in the United Nations has a responsibility to enforce the sanctions,” Mike Pompeo told reporters when asked about EU-Russia-China opposition.