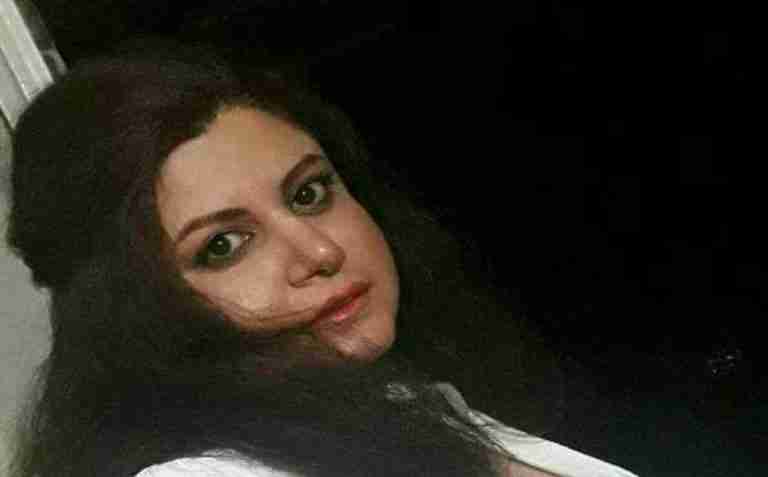 Samaneh Norouz Moradi went down with diabetes during her prison term as she has suffered from Lupus Joint Disorder. She also suffers from a kidney stone, and her small intestine has become inflamed.

She also suffers from a stomach ulcer and other GI complications.

Since the arrest, Samaneh has been deprived of visiting her relatives, causing more pressure upon the jailed campaigner.

Samaneh is in an Iranian prison for organizing a peaceful campaign for the return of Crown Prince Reza Pahlavi to Iran.

In August 2018, the Islamic security agents arrested Samaneh and took her into Tehran notorious Evin prison. She was released on bail after two weeks.

The Islamic Revolutionary Court sentenced her to eight years in prison which was reduced to three years and nine months after refusing to request an appeal.

Finally, on April 24, Islamic agents rearrested Samaneh and transferred her to Evin prison to serve the prison term.

Further, the Islamic judiciary issued another 15 months imprisonment to her after using the word “Long Live The King” at the end of her comment during the first release.

No impressive words from human rights cartels and similar outfits look to the so-called ‘moderate’ faction for guidance before taking a stance.

Iranian jailed monarchists are mostly boycotted by the so-called human rights organization or often their political orientation is not mentioned in biased-style reports.

Rights lawyer Soheila Hejab is another jailed Monarchist that the Islamic authorities have been persecuting her by denying her adequate medical care as the human rights cartels are promoting the reformist jailed lawyer Nasrin Sotoudeh.

If the so-called human rights organizations are serious about helping jailed lawyers and all imprisoned activists, Soheila and Samaneh, along with hundreds of other unfamiliar prisoners, are a great place to try.