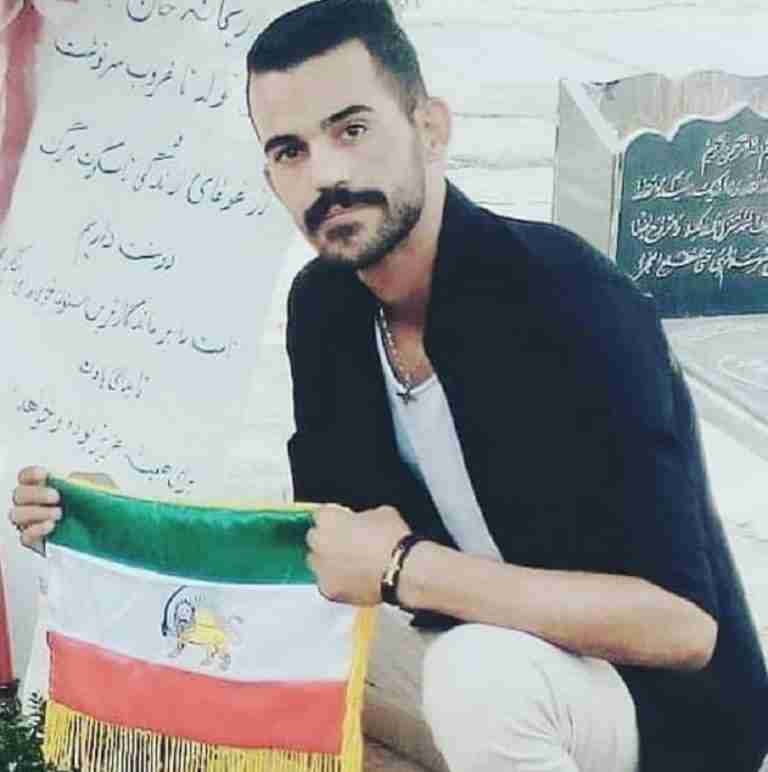 ICBPS Morning Brief– Monarchist Arsham Rezaei was taken into notorious Rajaee Shahr prison to serve his five years prison term. He was arrested along with his nephew by security agents in front of his house in Iran on November 17.
Arsham, the labor activist, has been issued a lengthy prison sentence at a trial that unlawfully took place without prior notice or the presence of his own lawyer.
The IRGC Intelligence agents arrested the 28-year-old construction-building painter in Tehran on January 7, 2019, and taken to the notorious Evin Prison.
Then, Arsham was handed a summons in his cell to appear at Branch 28 of the Revolutionary Court on February 27, 2019
The most infamous Judge Mohammad Moghiseh sentenced Arsham without the presence of a lawyer to a total of eight years and six months in prison on the vague charges of ‘propaganda against the state,’ ‘assembly and collusion against national security’ and ‘insulting the supreme leader.’
Based on Article 134 of the Islamic Penal Code, which stipulates that defendants must only serve the longest prison sentence in cases involving convictions on multiple charges, the jailed monarchist must serve five years of that sentence (subject to appeal).
Arsham was arrested for allegedly participating in peaceful protest rallies, informing the public about the condition of political prisoners, and meeting with their families, according to his mother.
As the only breadwinner of his family, Arsham was supporting his family at the time of the arrest.
He was struggling to take on any job he can in the prison during the previous prison term to continue supporting his family.
His mother has heart disease and his sisters are in school.
Arsham not only suffering from being in jail but he has also been working during the day and washing dishes and clothes for this and that person in prison to send us some money, his mother told rights groups.