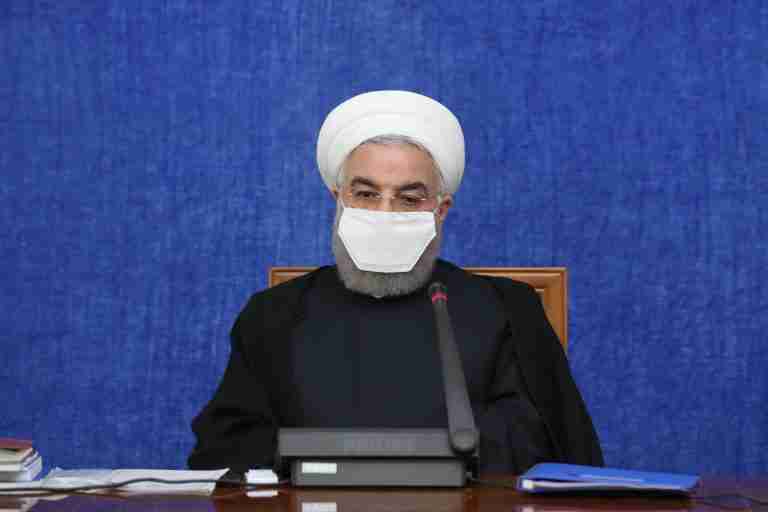 ICBPS Morning Brief– The Islamic Republic of Iran’s President Hassan Rouhani said on Saturday that Tehran will “give a timely response” to the killing of one of its top nuke scientists, state-run media reported.
Mohsen Fakhrizadeh, suspected of being involved in the Khomeinist regime nuclear weapons program, was killed near Tehran on Friday.
Rouhani focused on Fakhrizadeh’s alleged contributions to medicine, stating that he “helped the country in the path of self-sufficiency to produce medicine and other medical equipment.”
The so-called president also warned Israel and “all hostile nations” that Tehran will “rapidly continue its path of progress.”
Day after the assassination of IRGC top member, Mullah the Great Ali Khamenei said all relevant authorities in Iran must “seriously place two crucial matters on their agendas” in the wake of Mohsen Fakhrizadeh’s killing — “First, investigating this crime and firmly prosecuting its perpetrators and its commanders,” and “Second, continuing the Fakhrizadeh’s alleged scientific and technological efforts in all the sectors where he was active.”

Hussein Shariatmadari, editor-in-chief of Kayhan daily in Tehran, whose newspaper is Khamenei’s echo chamber, also has suggested ‘Harsh Revenge’ and demanded identifying the actors and infiltrators.
The top Khomeinist regime scientist, Mohsen Fakhrizadeh was assassinated near the Iranian capital Tehran, state-run media quoted sources.
Fakhrizadeh was a senior IRGC officer and headed Iran’s nuclear weapons project. He was the so-called professor of physics at the Imam Hussein University in Tehran and was former head of Iran’s Physics Research Center (PHRC).
Mohsen Fakhrizadeh died in hospital after an attack in Absard, in Damavand county.
ُThe Khomeinist Propagandist Minister Mohammad Javad Zarif, has condemned the killing “as an act of state terror”.
Iran IRGC commander wrote on Twitter that the regime will avenge the killing of scientists as it has in the past.
The files retrieved by Mossad focused on the secret Iranian nuclear program that was developed from 1999 to 2003 called Project Amad, which was led by Fakhrizadeh. When Iran entered the 2015 nuclear deal, it denied that such a program existed according to the Jerusalem Post.
In 2003, Iran was forced to shelve Project Amad, but not its nuclear ambitions. It split its program into an overt program and a covert one that continued the nuclear work under the title of scientific knowhow development, Netanyahu said at the time.
It continued this work in a series of organizations, which in 2018 were led by SPND, an organization inside Iran’s Defense Ministry led by the same person who led Project Amad – Dr. Mohsen Fakhrizadeh, Netanyahu said.
He, with a major role in Iran Nuclear Program, was on the U.S. sanctions list.