In 2015, the Iranian Khomeinist regime received up to $150 billion into its bank accounts from the Obama administration. That windfall of cash was provided through terms of the Joint Comprehensive Plan of Action (JCPOA), the Iran Nuclear Deal. That gusher of western cash then flowed directly into terror funding, even though Iranian experts and dissidents had warned over and over again that the money would not be spent on the Iranian people, but rather would go to enrich the repressive regime, and to fund its warring proxies in the region.

The Obama administration clumsily acceded to the most dangerous terms of any deal ever enacted by the Free World against its own best interests. The JCPOA gave essential money to prop up the regime and its criminality. Since that flood of cash was released, millions of dollars have been smuggled by Iran every day. Most of the money is spent on Iran’s wars in Syria, Lebanon, Yemen and other countries in the Middle East.

Iran-backed merchants and agents are involved in a massive web of money-laundering between Iraqi territory and Iran. The Islamic regime uses that shadow money – received from Obama -to fund terrorism and destabilize the region.

Iran annually sends up to $800 million to Hezb’allah, and $70 million to Hamas and other groups in the Gaza Strip, as estimated by the Israeli Ministry of Defense in 2017.

In a State Department briefing on April 2, 2019, U.S. Special Representative for Iran Brian Hook asserted that 70 percent of Hezb’allah’s revenue comes from the Iranian regime. Hook reiterated that point on April 22, 2019 in an interview with Al Arabiya: “Historically, Iran gives Hezb’allah $700 million a year. That’s 70% of their budget.”

Hassan Nasrallah, who is the leader of Hezb’allah, had also publicly affirmed Iran’s support as early as 2017: “We are open about the fact that Hezb’allah’s budget, its income, its expenses, everything it eats and drinks, its weapons and rockets, come from the Islamic Republic of Iran.”

Iran spends at least $6 billion yearly in Syria, according to Jesse Shahin, a spokesman for the office of Staffan de Mistura, the United Nations’ Special emissary on Syria. But Iranian experts strongly believe that the amount is much higher than this.

As Tufts University professor Nadim Shehadi pointed out back in 2015, Iran provided the Syrian dictatorship of Bashar al-Assad with between $14 and 15 billion dollars in the years 2012 to 2013 to keep it going, when that regime had lost almost all its income sources.

The Shiite-run regime of Iran also funnels millions of dollars in cash towards the Houthi militia group in Yemen, including $30 million for fuel, according to United Nations estimates. Iran’s illegal oil trade is financing the Houthi’s war.

The Iranian regime provides billions of dollars annually to its terrorist proxies, although much of the assistance is deceitfully carried out under the guise of humanitarian support. But such terrorist proxies are on Iran’s payroll to destabilize the region, rather than to help improve lives.

Most of the money gets settled through the accounts of the regime’s main terrorist arm, the Islamic Revolutionary Guard Corps (IRGC), which the White House listed as a foreign terrorist organization (FTO) earlier this year.

While after Obama’s Secretary of the Treasury Jack Lew (2013-2017) deceptively downplayed Iran’s funding to Syria as “small,” President Trump’s administration has moved to cut short the Iran regime’s terror-financing strings toward Syria and others.

Historically, the Islamic regime in Iran has continuously funded terrorism over the past forty years, as it has tried to assert itself as an integral force in the Middle East and international community. More recent history reveals that the Iran Deal, with its immediate flow of billions of dollars in cash into the regime’s financial system, has just added disastrously to that long-standing problem. The money has been spent on more terrorism, rather than on helping the lives of Iran’s desperately needy citizens.

This article was originally written by Kaveh Taheri and Aynaz Anni Cyrus and published on American Thinker in 2019. 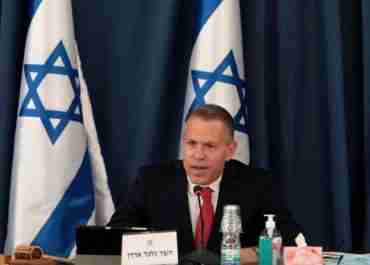