Once Upon A Time In An Iranian Jail

This is the regime with which the Democrat Obama-led six superpowers signed a so-called 'nuclear treaty', and Joe Biden calls for a U.S. return to the Iran Deal.

Iran Intelligence service agents used mainly psychological torture against me at Iranian jail. In other words, I was not exposed to a lot of physical torture. For example, when I was in solitary confinement I was kept in a cell without an appropriate bathroom or a bed. They would blindfold me and make me sit on the floor facing the wall for long hours in absolute silence and then suddenly they would start screaming vulgar sexual terms against my mother and me. They would tell me that I would be executed or be given a very long prison sentence. I was even told that my sister, who was a student in Malaysia, had been brought to Iran and arrested. I was not permitted to contact my family at all. I was beaten many times during which they used the vilest language to insult members of my family.

After the interrogation phase, I was finally transferred to Adel Abad prison in the city of Shiraz, Iran. There I was placed in a ward with the most dangerous, violent prisoners, such as mass murderers and professional drug dealers. It was here that I was exposed to what is referred to as “white” torture. The other prisoners would often threaten me with rape but the prison authorities chose to ignore it. Due to the lack of heating, I came down with a bad case of influenza for which I was denied medical care or medicine. This caused my condition to deteriorate and I became extremely weak.

I was jailed due to my writings in my blogs and websites. And it’s shameful that human rights organizations so far have not considered my testimony since 2013. I would be ready to report to the human rights claimants. I don’t forgive, and I never forget what’s been done.

Just to remind you: Iran’s foreign minister Mr. Mohammad Javad Zarif, who led the nuclear negotiations for the Islamic Republic of Iran for the past 20 months stated: “We do not jail people for their opinions…”

This is the regime with which the Democrat Obama-led six superpowers signed a so-called ‘nuclear treaty‘, and Joe Biden calls for a U.S. return to the Iran Deal.

The article was originally published in various media outlets by Kaveh Taheri in 2016. 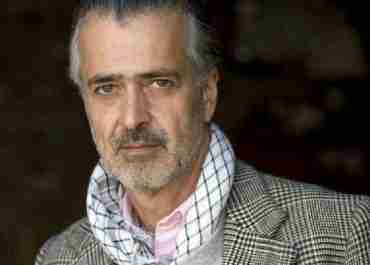 Iran Lobby: What You Should Know About Hooman Majd