ICBPS– In an unprecedented statement, IRI’s president Hassan Rouhani exposed that at least 25 million Iranians have been contracted COVID19 in Iran so far.

“It is estimated that 25 million Iranians are infected with the Coronavirus in the last 150 days, and that another 35 million are at risk of acquiring it,” declared the so-called moderate president.

There’s no herd immunity or vaccine to deal with the virus, state-run ISNA quoted Rouhani.

The remarks were reportedly made by Hassan Rouhani at the meeting of National Headquarters for Corona Disease Management on Saturday, July 18, 2020.

Iran, with a population of more than 82 million, has been the Middle East country hardest hit by the COVID19 epidemic.

The Islamic officials have reported a further 188 deaths from Coronavirus, bringing the total death toll in Iran to 13,979, according to official media. 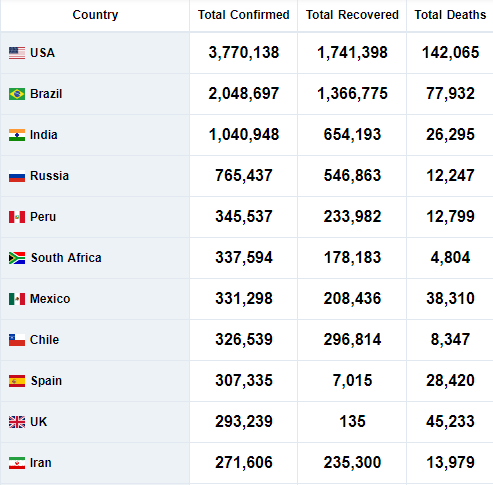 Iran’s daily reported death toll has been rising sharply in recent months as it has seen a rapid surge in the numbers of Chinese Virus cases recently. With daily recorded deaths reaching new highs, Iran riches its new peak of the pandemic.

Late June, Gholamali Jafarzadeh, the member of Islamic Consultative Assembly, called official statistics a JOKE, and emphasized: “all hospitals in northern Iran’s city Rasht have been left overloaded, no bed for suspected.”

Early July, Iranian specialists warn citizens that the COVID19 trends graph in at least 14 provinces is on the rise anew, but, the Islamic tyrants decided to end virus-related lockdown and rituals are set to resume across the country.

The Islamic regime has tried to cover-up the accurate scale of COVID19 pandemic– nor aid packages have been sent to Iranians neither budget brought up to deal with the crisis.

In mid-April, The Institute of Capacity Building for Human Rights (ICBHR) reported that more than 3,000 employees of the Iranian banking system contracted the Coronavirus, and at least 42 died after falling ill with the virus.

Iran is the country that suffered greatly due to an incompetent and uncaring authoritarian regime was Iran, which quickly became the nation with the second-rate of Coronavirus cases, after China, the ICBHR explained in another detailed survey.