The Deterioration of the American University’s Student Education

ICBPS– The university system in the United States is one of the most expensive in the world and said to result in high returns on investment for students. The university research system may have played a critical role in directing the outcomes of World War II. Following World War II, U.S. federal funding was increased for students to help pay for university tuition.

Universities in the United States are typically headed by a President or Chancellor, who is directed by a Board of Trustees. One important distinction is that the Board of Trustees is typically made up of individuals outside of the university. Contrary to the traditional tenured Faculty of the World War II era, a majority of university faculty members today are made up of adjuncts (many sources quote as high as 75%).

The Adjunct university system employs instructors who have earned a Master’s degree and many who have earned a Ph.D., on a contractual basis, per course taught (by units). Students may or may not be aware of any differences in the quality of education they are receiving. The adjunct system was originally employed to include academics in the private sector that could bring insight to students from industry and further inform intellectual and research thought. Adjunct courses were originally meant to extend core education and offer more diverse courses. However, at 75%, most adjuncts are likely used as a cheap method of offering core courses to students. Also, many adjuncts may not have a consistent role in the private sector and in many cases cannot offer industry insight.

The first noticeable difference between tenure and Adjunct Faculty may be that many adjuncts tend to teach across multiple universities to increase their wages (as the university limits the number of courses they can teach- presumably to maintain non-full-time employment status and effectively avoid requirements to provide health insurance). This inevitably decreases the amount of time, in addition to office hours (virtual or in-person), the faculty member can spend on campus or virtually accessible to students. The focus and energy of adjuncts may differ significantly from that of tenured Faculty, if and when they are placed in economically compromised positions. As is likely the case for at least 25% of adjuncts, who receive some form of public assistance.

Another limiting factor is that adjuncts are not permitted to conduct research or create and run research laboratories. This affects the same university research system that was utilized to direct U.S. World War II outcomes. Without active participation in the research process, adjuncts may focus on a segment of the discipline’s principals that they prefer. Instead of creating knowledge and utilizing the empirical process via university research, laboratories, and most importantly student researchers.

The contractual nature of adjunct Faculty may result in a damaging shift in power dynamics. For example, if an adjunct faculty member is unable to accommodate a university’s preferred course schedule, they will likely be replaced by another readily available adjunct, who also has minimal power in the work they do. The downside is that students are presented with a less consistent set of faculty members, within their departments, to utilize as mentors.

The Commodification of Education

Regardless of the field, most PhDs are trained with adherence to stringent standards in the areas of: ethics, morals, and a goal of helping others and the community. As a result, many PhDs struggle to commodify their work properly. They would likely offer their help and teachings for free if it were possible. Many may also not be aware that up to 75% of Faculty are adjuncts and may be waiting for a tenure track position that will never become available. This contrasts with the minority of adjunct Faculty who may own or head businesses that benefit from university affiliation.

Within most industries, the pay rate is based on how much the consumer is willing to pay for the service. In the case of the American university system, students have demonstrated their willingness to pay significantly high costs in tuition, commonly in the form of student loans (referenced in Tables 1-3 at the end of the article)..

In contrast, adjunct Faculty, across a number of sources, reported median compensation rates, between $2,200 and $2,700 per three-credit course. The compensation is paid over a semester’s (typically 15 weeks) or a quarter’s (typically 10-11 weeks) span of time. Adjuncts are also not offered health insurance through their employers, as each university rigidly limits the number of courses they are allotted. Their ability to teach at multiple universities would suggest they are qualified to teach the same number of courses at one university.

From an industry perspective, if adjunct pay was approached with the same standards in the private sector, compensation would relate to how much students are paying in the form of tuition (per unit), for the very instruction the Adjunct is providing (typically with large class sizes).

One group that has greatly benefited from significant increases in student tuition are university administrators, with some university executives earning an annual rate of over a million dollars (according to a survey by Chronicle.com). The top ten salaries of 600 both private and public institution executives, extracted by Chronicle.com are also provided for reference at the end of this article (Table 4).

The irony is that many students will seldom, if ever, interact with a university executive. Students will instead, typically interact and receive instruction (for which they pay by the unit) from adjuncts.

Another complication of the adjunct system is that women tend to be disproportionately affected. “Minority,” or non-dominant group member recruitment is in place to increase the number of women and persons of Colour that earn PhDs in the United States (for example, the McNair Scholars program). However, recruitment may be in place without assurance of an acceptable quality of life for these individuals once they earn their PhDs.

Given the fewer number of tenure track professors, it may be difficult for students to easily identify the qualitative differences between instruction from a tenure vs. adjunct faculty member. However, the issues addressed in the current article are ripe for student (political) activism.

Since its creation, universities have served as a home for student activism, intellectual freedom, and growth. University students are in a unique position to demand a better-quality education for the amount of tuition they are paying.

The Chronicle’s executive-compensation package includes the latest data on more than 1,400 chief executives at more than 600 private colleges from 2008-17 and nearly 270 public universities and systems from 2010-19. For more, read our highlights of public-college presidents’ compensation. Updated July 17, 2020, with 2019 public-college data. 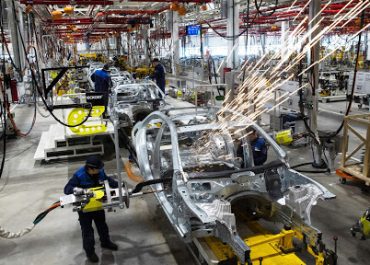