Skip to content
Home
/
The World Must Be Mad To Shake Hands With Unholy, Hostage Taker Mullahs!!

The World Must Be Mad To Shake Hands With Unholy, Hostage Taker Mullahs!!

It was only a few days later when the late shah of Iran set foot on the American soil to get the only available medical treatment for his illness, when the U.S embassy was attacked by Khomeini’s mob of fanatics, some of whom were armed and who, after a short siege, on November 4, took American men and women, hostage, for the next 444 days.

The Islamists, who later were granted governmental positions, shattered the international diplomatic standards by causing the first ‘Iran Hostage-Taking-Crisis’.

Masoumeh Ebtekar, who served as former Vice President for Women and Family Affairs under the so-called moderate Rouhani’s presidency, was one of those criminal hostage-takers that former hostage Barry Rosen described as a horrible and a disgusting interrogator who had educated in the United States and can speak English yet treated the hostages as if they were garbage!

“No student regrets the U.S. Embassy siege”! These are the exact words uttered by the paradoxical Ebtekar, In numerous interviews with state-run media, whose son lives in the United States!

The 77-year-old former diplomat Barry Rosen, a senior adviser at the advocacy organization United Against Nuclear Iran (UANI), has staged a hunger strike since January 19 outside the Austrian Coburg Hotel in Vienna, where Iran Nuclear Talks are currently in the eight rounds of negotiations, demanding the release of other hostages and those unlawfully detained by the unholy Ayatollahs.’

The campaign against the hostage-taker regime was soon welcomed by other former hostages in Iran and even some [former] political prisoners. The U.S.-based Lebanese national Nazar Zaka also joined the UANI’s Barry Rosen campaign to pressure the White House and its allies to make the return of all remaining hostages unjustly kept in jail by Tehran.

“I will continue my hunger strike until the hostages are released in Iran,’ Zaka told VOA.

In a video released on January 17, Rosen clarified that ‘my message is simple: No deal with Iran unless the hostages are free, and this message is a message [that] I will deliver both to the Iranian and the American delegations in Vienna.’

Iranian-Briton engineer Anoosheh Ashoori, who has been jailed at Tehran’s notorious Evin prison for four years on alleged espionage, joined the ‘anti-hostage taking’ campaign and started a hunger strike in the jail.

Barry Rosen ended his hunger strike after five days when the U.S. Rob Malley said the release of the hostages was a precondition for a nuclear agreement. A day after, Malley tweeted, “applauding Rosen’s heroic efforts to secure the release of all wrongfully detained foreign/dual nationals in Iran”.

But, the 1979 Iran hostage crisis was only the first of such diplomatic standoffs, and the world’s tolerance of it set the pattern because Tehran has since become well-practised in hostage-taking as its main tactic against the passive West.

Forty-one years have passed since the hostage crisis took place within the borders of Iran. Yet Iran continues to hold and target multinational citizens and foreigners as hostages for ransom, to bring pressure upon the free world to nullify sanctions or make concessions using them as leverage as they did during the 2015 Joint Comprehensive Plan of Action.

While the children of those who have ties within the mullahs’ government are living inside the U.S, Ayatollahs hold U.S. citizens captive because they can balance their political and international ambitions against powerful opponents!

At least two dozen hostages are now being jailed as bargaining chips in Iran.

The international community, once and for all, should take serious action to end the policy of caving to ransom demands from Iran. Why so, it marks a loss for long-standing standards of international diplomacy and a win for supremacist bandits.

By Kaveh Taheri and Kate 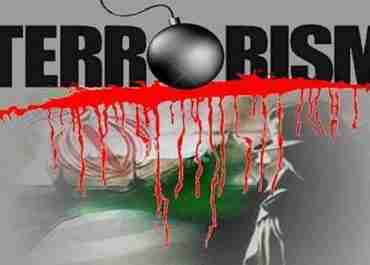 The Islamic Republic of Iran's Four Decades of Crimes; What the Apologists Hide 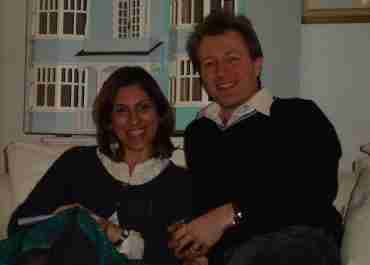